Italian rock and metal drummer Gee Anzalone brings his uniquely wild and experimental techniques and energy to the star band DragonForce. Beginning at the age of 15 in his hometown of Torino, Anzalone was always destined to be a drummer. In 2005 he graduated from the NAM Academy in Milan and began specialising in the metal genre. He became involved with the progressive thrash metal band Braindamage in 2012, leaving in 2014, as well as Kill Ritual in 2013, also leaving in 2014.

2014 then saw him joining the legendary DragonForce and becoming an integral part of the band. His time with the team has seen him perform on world tours and release hit albums. His first album, Maximum Overload, with the group came in 2014. He has since released Killer Elite: the Hits, the Highs, the Vids in 2016, Reaching Into Infinity in 2017, Re-Powered Within in 2018 and Extreme Power Metal in 2019. Throughout this time, the band and Anzalone have gone on countless successful worldwide tours. As an enthusiastic and influential figure, Anzalone also gives back to the music world by teaching drumming and production at his academy, Extreme Music Performance Academy. His interest in modern and experimental techniques brings a unique edge to his teaching. He also releases live videos and tutorials on his successful YouTube channel, counting over 20 thousand followers. He has been especially successful with his videos regarding becoming the world’s fastest drummer.

An unforgettable figure in the world of metal, Anzalone is a versatile and passionate musician who constantly gives back to his artform through exciting performances and inspiring teaching. 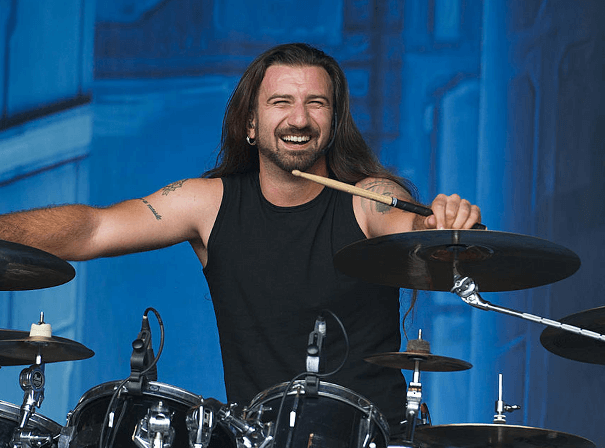