During his incredible basketball playing career, George Gervin was one of the best shooting guard/small forwards in the world, and was nicknamed “The Iceman” for his cool demeanour on the court. Only Wilt Chamberlain and Michael Jordan have won more league scoring championships than Gervin’s four, and he was also the first guard to ever win three titles in a row. During his impressive career, Gervin recorded a remarkable streak of scoring double figures in 407 consecutive games. He played in 12 straight All-Star Games, including nine in the NBA, and averaged at least 21 points in each of those years. In his nine NBA seasons with San Antonio, the team won five division titles. In 1996, he was named as one of the 50 Greatest players in NBA history, and inducted to the Naismith Memorial Basketball Hall of Fame. Since retiring from professional basketball, Gervin has been active in the San Antonio community by designing organisations for underprivileged children. In 1991, he established the George Gervin Youth Center.

Born and raised in Detroit, Gervin always had a love for basketball but struggled on and off the court until he reached his senior year, when he had a growth spurt. He went on to lead his school to the state quarterfinals. Following an impressive college career, he became professional when he signed with Michigan’s Pontiac Chaparrals in 1972. He went on to play for the Virginia Squires, the San Antonio Spurs, and the Chicago Bulls. He left the NBA in 1986 to play in Europe and signed firstly with Banco Di Roma, and then with TDK Manresa, finally hanging up his basketball boots in 1990. He had also briefly returned to the US in 1989 to play a season for Quad City Thunder in the CBA. In 1994 he returned to the San Antonio Spurs as an assistant coach, remaining with the team he had initially played with for 11 years until 1994.

Gervin doesn’t connect on social media, but his center does have its own official website, gervin-school.org. 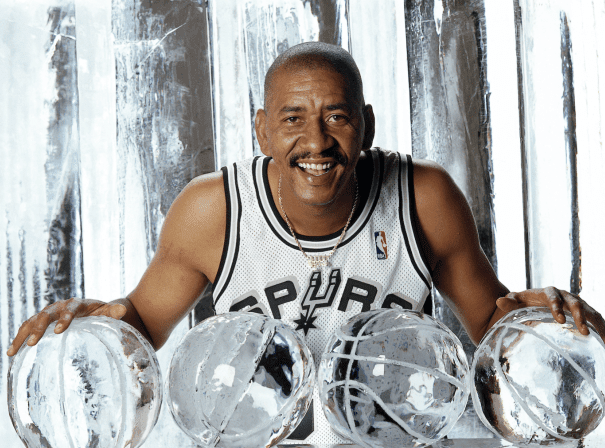