Greg Bissonette is a music legend, a true giant of the music world, who has played drums for the most celebrated musicians, directors, and producers of our time, including huge names like Duran Duran, Andrea Bocelli, Ray Charles, ELO, Don Henley, Santana, Robert Downey Jr. and a multitude of others. After a childhood of playing drums and trumpet, Bissonette became the drummer for the famed NTSU One O’Clock Big Band, recording two albums with the band, before moving on to The Buster Brown Band, and Network, with his brother playing bass. However, Bissonette was heavily influenced by trumpet player Maynard Ferguson, and in 1982, he played drums for his hero’s big band, and recorded a live CD called Live In San Francisco. After this personal achievement, David Lee Roth of Van Halen fame started his own band, which Bissonette joined in 1985, and together the band recorded the albums Eat ‘Em & Smile and Skyscraper, both of which went multi-platinum. In 1995, Bissonette toured Europe with the band Toto, which led to him later touring Europe and Japan with Steve Lukather for the album Luke, and together, they recorded the Grammy winning album Live in Osaka. In 2001, Bissonette played with English rock band Spinal Tap, joining the band for Live Earth 2007, and Glastonbury Festival in 2009. After this incredible career, Bissonette achieved yet another childhood dream when in 2003, he was invited to tour with Ringo Starr in Ringo And The Roundheads to promote Ringo’s album Ringo Rama.

Most recently, Bissonette has established his own drum school through Drum Channel, titled the Gregg Bissonette Drum School, for which he has been filming and preparing for the last decade. 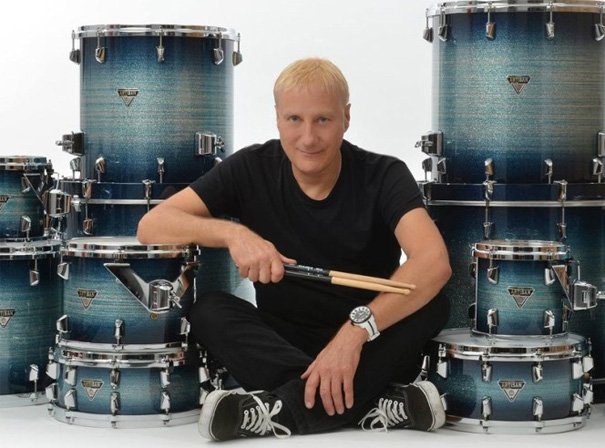