Supremely talented Hannah O’Flynn is currently enjoying a high-profile role as the social media manager for major sports network ESPN. A former college sports star, she also worked as a producer and content creator for the NBA for over three years following her graduation from Dartmouth College. Although she now nominally works behind the scenes in basketball, she has built a large social media following including over 30,000 followers on Instagram—which, in fairness, is fitting given her current job.

O’Flynn comes from Ispwich, Massachussetts but she moved to New Hampshire to study Film, Media and Studio Art at the prestigious Dartmouth College. Whilst there, she excelled herself in both her studies and in college sports, most notably in basketball where she helped the women’s soccer team to reach the state finals and the basketball team to reach the state semis. She also earned a dizzying array of awards for both sports, including All-Star, All-League, Player of the Year, MVP, All-Scholastic, and even honours for competing in track events. If that wasn’t enough, she played saxophone in the school jazz band and still excelled in her studies to the point that she graduated with the highest honours possible.

Unsurprisingly, O’Flynn showed the same flair and dedication post-graduation and quickly became a content creator for the NBA, doing everything from interviewing some of the world’s most famous players to setting up and running the league’s Snapchat account, engaging with millions of young basketball fans every day. Now she’s bringing the same kind of innovation to one of the largest sports networks on the planet. 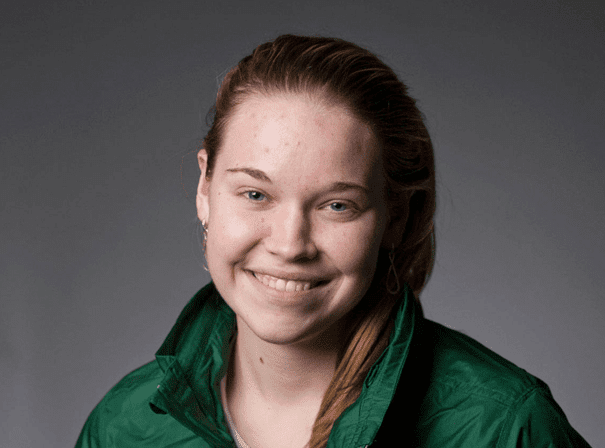