Motoring expert and TV presenter James May started his career as a young journalist in the 1980s working for AutoCar and The Engineer magazines. He has since written regular columns for the Daily Telegraph and Car Magazine but he is best known for his work on television. Knowledgeable and with an engaging personality May has appeared on some of the most popular shows in the past few decades, including Channel 4’s Driven, James May’s Top Toys, James May’s Man Lab and a series of road-trip style shows with wine expert Oz Clarke.

In 1999 May made his first appearance on the BBC’s flagship motoring show Top Gear, he went on to join Jeremy Clarkson and Richard Hammond as one of the main presenters when the show was rebooted in 2002. The iconic trio contributed to Top Gear becoming one of the station’s most viewed shows until 2015 when all three made the move to Amazon Video to work on their new vehicle The Grand Tour, continuing to focus on all the fun of working with fast cars in unusual locations.

Despite his nickname of ‘Mr Slow’ May has made some pretty adventurous outings, including driving a Toyota to the magnetic North Pole and up the side of an erupting volcano, driving a Bugatti at over 250mph and gaining his pilot’s licence in 2006. A specialist in cars, science, toys and various hobbies May has written numerous books, owns his own production company and has recently launched a new social network for motoring fans. 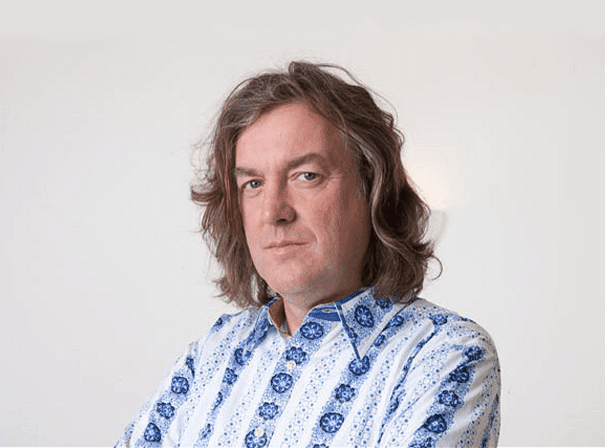