Former Irish boxer turned actor ‘Big’ Joe Egan has had a life full of memories that he now shares with charm at a range of corporate and public events. Joe is also available for media engagements, suitable product endorsements and a number of other acting and after dinner speaking opportunities.
The eldest of seven children from Ringsend, Ireland, Joe got in to boxing partly to stand up to bullies at school, his father putting the gloves on him at a young age. He started training at Earlsfield Amateur Boxing Club at the age of just 10, fighting hard right from the off. So able was Joe in the ring that he quickly shot through the young amateur ranks until he was eventually fighting men ten years his senior. At just 17 he travelled across the pond to the USA and met Heavyweight Champion Floyd Patterson. So impressed with Joe was Floyd that he asked the big man to stay in the States and become sparring partner for Mike Tyson, at the time a young prospect.
By the age of 24 Joe had an impressive 80 wins and 7 Irish Titles under his belt, eventually becoming pro in 1990. Sadly, Joe only made two fights owing to a serious road accident, but retired happy, only once having been knocked down, by John Williams. If you need a larger than life character like Big Joe Egan to come and speak about his life in the ring on your TV show, at your corporate event or anything else, call up one of our agents now. 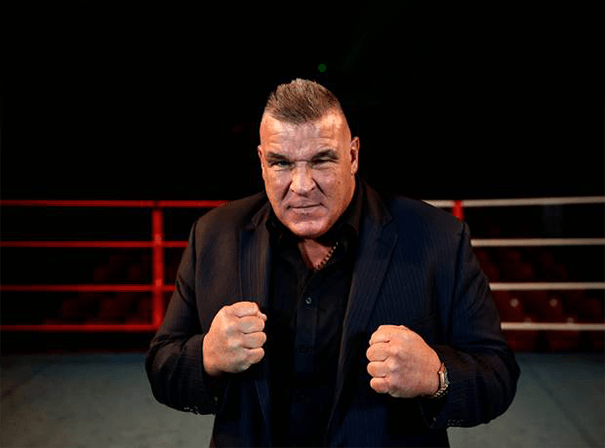