Born on July 2nd 1987, John Moonlight is known as a Canadian rugby union player. Moonlight has played for Toronto Arrows of Major League Rugby. He was formerly a Canadian Rugby 7’s player on HSBC’s Sevens World Series. His first debut for Canada was in the year 2009, when he represented in Hong Kong. Moonlight played in 65 World Series tournaments for Canada, scoring 116 tries. Moonlight is now Canada’s captain and he has been a stalwart on Canada’s Men’s Seven’s Team for so many years now. In the 2013/2014 season, Moonlight helped secure Canada’s core status and he followed that up with an unforgettable season when Canada reached the sixth place finish. Due to that, Moonlight was named to the season’s Dream Team. Moonlight was also named Canada’s Seven Players of the Year for four years in a row. In 2014, Moonlight appeared at the Commonwealth Games. In the following years, 2014/2015, Moonlight was also part in all the nine legs of the Seven’s Series. Moonlight has 15 test caps on his name and has scored three tries. Moonlight has also won 2 Pam-Am Games gold medals. Moonlight was part of the squad and represented Canada in the 2015’s Rugby World Cup for 23 times. 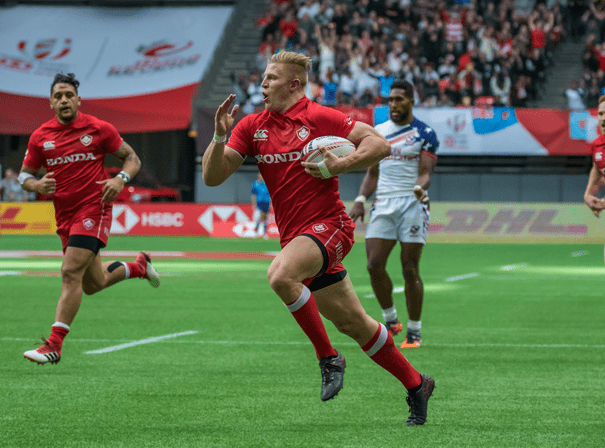