Professional referee and former Premiership Rugby scrum-half Karl Dickson has made a seamless and highly-anticipated transition from player to rugby official. Currently a member of the Rugby Football Union’s Professional Game Match Officials Team, he began work on his referee qualifications at the start of 2014 while still at the senior level of his rugby career. Steadily making his way up through referee gigs at schools, clubs, and local and national level matches to become a member of the National Panel, he is now considered one of the top 55 referees in England, and has officiated at two A-league semi-finals.

Dickson began his rugby career in 2004 at Bedford Blues after three years with their youth arm, eventually transferring to Twickenham’s Harlequins in 2009 where he would play a hundred and sixty-nine games and score a hundred points before announcing his retirement, in order to referee full-time, in 2017. Dickson has also represented England in 2011 and 2012.

An active online presence, Dickson has given fans an insight into some of his most intimate moments, chronicling his adventures as husband and father through posts on his social media and his own My Baba blog, He also coaches for Out of the Scrum, a rugby training platform geared towards helping players and coaches better their skills. In August 2019, Dickson was selected as one of the seven assistant referees for the 2019 Rugby World Cup, an honour which further establishes his reputation as one of the most important figures in international rugby. 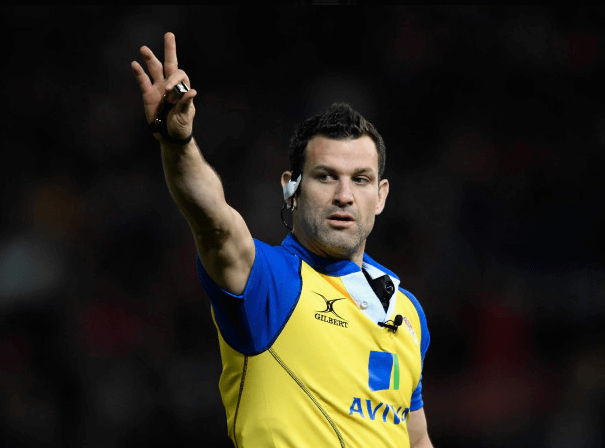