Lima Sopoaga is a New Zealand rugby player who plays for the English Premiership team Wasps. Sopoaga announced on January 15, 2018, that he would be leaving New England side Highlanders to join Wasps in the Gallagher Premiership for the 2018–19 season. Sopoaga made his Wasps debut in a 31–42 loss to Exeter Chiefs on September 8, 2018, coming on as a second-half replacement and converting a Dan Robson try. Sopoaga was named in the All Blacks’ 41-man squad for the 2015 Rugby Championship. He made his international debut against South Africa on 25 July 2015. Sopoaga scored 12 points on his debut in a 27-20 win over the Springboks. He played four more tests in 2016, scoring 10 points that year. In the Steinlager series against Wales in 2016 he made his second appearance in the third test.

In 2017, Sopoaga replaced Beauden Barrett in the 59th minute of a 78-0 win over Samoa, converting two tries. He scored his first test try on 16 September 2017 in a 57-0 demolishing of South Africa after replacing man-of-the-match Nehe Milner-Skudder in the 53rd minute. Sopoaga was subsequently named in the starting line-up for the third Bledisloe Cup match, scoring 8 points, but was subbed off in the 60th minute for David Havili. He made an appearance in every All Blacks fixture on the 2017 end-of-season tour, replacing Havili and McKenzie against the Barbarians and France. He was replaced by debutant Richie Mo’unga in the 53rd minute against a French XV. 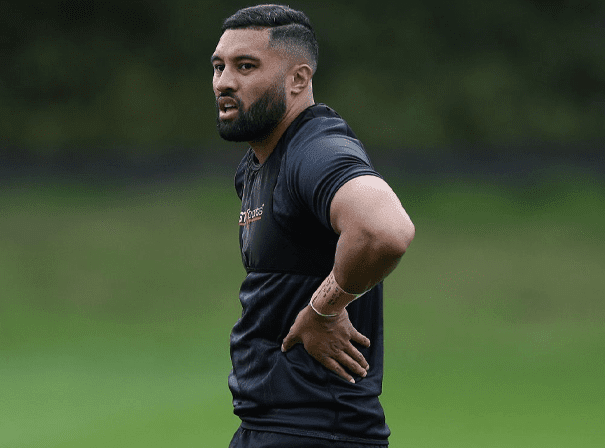