Lura is a world-famous singer and musician from Portugal. She rose to fame after singing a duet with Juka on his album which then became a huge success. She has since collaborated with numerous other artists including Tito Paris, Paulino Vieira, Bonga and Paulo Flores. A successful solo artist in her own right, she has recorded six critically acclaimed albums, released a Best Of album (also released on DVD) and has performed to fans around the globe.

Born to Cape Verdean parents in Portugal, Lura had ambitions to become a swimming instructor or dancer until Juka – a successful singer from São Tome and Principe – invited her to make a guest appearance on his album when she was seventeen. Several years later she recorded a dance record helped by a Portuguese producer, and the track ‘Nha Vida (My Life)’ became a club hit and drew attention to the up and coming singer.

In 2005 she found international fame after her album Di Korpu Ku Alma (Of Body and Soul) was released in over 10 countries including Italy – where it was one of the top-selling records that summer, the USA and the UK – where it received a nomination at the prestigious BBC World Music Awards. The album explored the African side of her heritage through rhythms like the batuku and the funana, and she later toured the world winning over audiences with her electrifying music. Her latest work includes 2018’s upbeat EP featuring the tracks ‘Crepuscular Solidão’ and ‘Alguem di Alguem’. 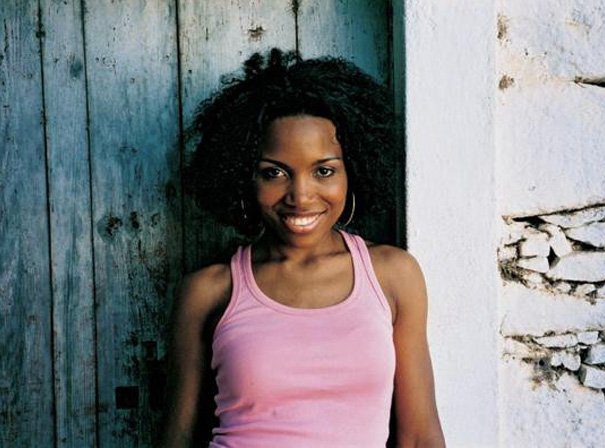