Former Australian professional Rugby League player, Matthew Johns is a busy TV host, commentator, actor, and author. Making his debut for the Newcastle Knights in 1991, Johns played as five-eighth through his playing career and eventually represented his country bringing home the 1995 Rugby League World Cup. In 1997, he participated in the Australian Rugby League Grand Final victory against the merited Manly-Warringah Sea Eagles.

He was chosen to represent the Australian team to compete in the 1999 Rugby League Tri-Nations tournament scoring a try against New Zealand earning them the victory in a close match of 22-20. By this time Johns competed in the State of Origin series for four consecutive years as a New South Wales representative bringing home two victories. His late playing career saw two team changes into the Wigan Warriors and Cronulla Sharks where he then retired from the field in 2002 due to injuries.

Johns had a foot in the film and television industry with minor castings back in 1999 for his persona Reg Reagan. His character was furthered in The Sydney Morning Herald gaining recognition and popularity. The comedic humor of Reg Reagan prompted a release of three music singles in the early 2000s and several appearances on The Footy Show, The Matty Johns Show, The late show with Matty Johns, and Monday Night with Matty Johns. He hosts and cohosts a number of TV shows, acted in a few films such as the 2007 drama The Final Winter, and published two books This is My Life and From the Sheds. 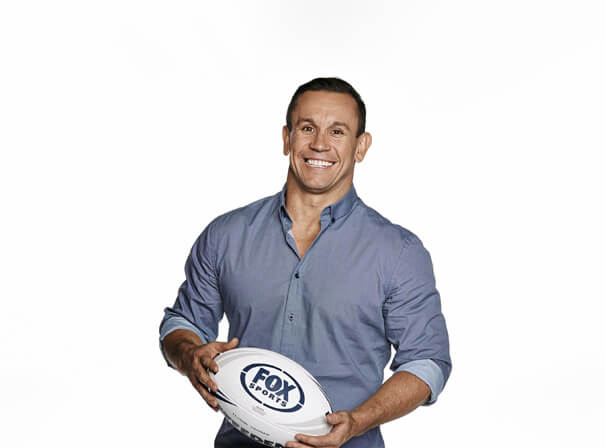