A widely recognised American writer, historian and policy analyst, Michael Auslin is known for his current position of Payson J. Treat Distinguished Research Fellow in Contemporary Asia at the Hoover Institution, Stanford University. A scholar of Asia, Auslin is a Senior Fellow in the Asia and National Security Programmes at the Foreign Policy Research Institute. Auslin has held many senior positions throughout his career, including associate professor at Yale University and resident scholar and director of Japanese studies at the American Enterprise Institute in Washington D.C.

Born in Chicago, Auslin travelled to Japan to work as an Assistant Language Teacher, where his interest in Asian history originated. Auslin is the founding director of the Project on Japan-U.S. Relations at Yale University and was a visiting researching at both Kobe University and Tokyo University. Auslin has been publically recognised for his achievements in academia; he was elected a fellow of the Royal Historical Society in 2018 and was later named a Young Global Leader by the World Economic Forum, whilst he was a professor at Yale. Auslin is presently the Vice Chair of the Wilton Park USA Foundation.

An accomplished writer, Auslin has been a regular columnist for Wall Street Journal and has written and contributed to leading media outlets such as The Atlantic, Foreign Policy and The Spectator, amongst others. Auslin has been a commentator for Fox News, BBC, PBS and The News Hour, lending his insights and expertise. 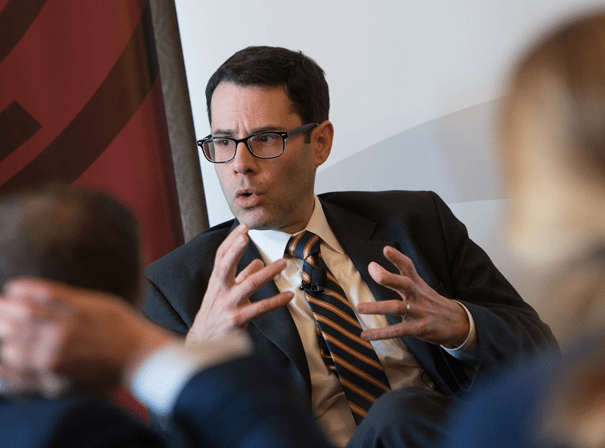