Moriah Formica is a budding musician with haunting, husky vocals to compliment her rock music. She appeared on The Voice USA in 2017 at the young age of sixteen when all four of the judges turned their chairs for her. She was knocked out in the next round, but has carried on with her music since, growing as a musician as she gains age and experience.
Formica was raised on rock music, and began covering other artists on her Youtube channel from a young age with a guitar in her hand and her mouth unleashing powerful vocals. When she was eleven, she began attending the Modern Day Music Programme to explore her sound further. It was there that she met Micheal Sweet and secured her first big performance as his opening act at a local concert. He then invited her to sing on his album, pushing her further toward the idea of being a professional musician.
Though the Voice didn’t work out for her, it did present her with new opportunities. As she continues to cover rock songs on her Youtube channel, she’s also working on her own original music. Her latest big release is her single, Better Off Alone, a powerful attack on unrequited love and being led on. Now, she’s preparing for eventual live performances and further collaborations with other stars among rock music. 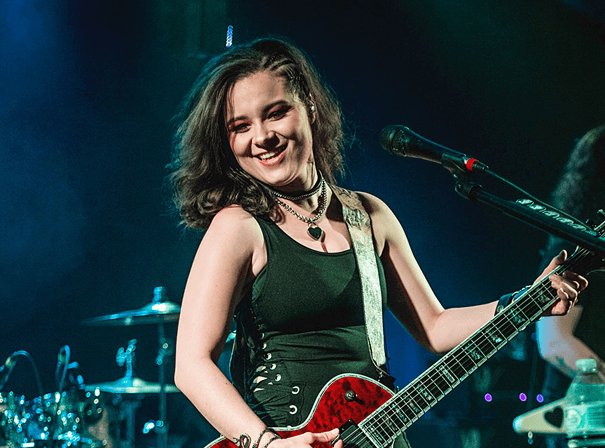