Nikki Misery is a widely celebrated American guitarist who is best known as the lead and rhythm guitarist for the popular rock band New Years Day. Hailing from New Orleans, he later moved to Santa Ana, California. Replacing Matthew Lindblad, he joined New Years Day in 2011 while on the All the Rage Tour with Blood on the Dance Floor.

He has been passionate about music from a young age and went on to graduate from the Musicians Institute.

With the band, he featured on the studio albums Victim to Villian and Malevolence. Malevolence peaked at No 45 in 2015 on the Billboard 200, the band’s highest charting placement to date. The band have said that they are influenced by artists such as Linkin Park, Depeche Mode, Sisters of Mercy, Joy Division, Kiss, Blink 182, The Misfits and My Chemical Romance.

Nikki Misery’s imposing and fierce looks along with his striking and dramatic stage presence at live shows meant that he was an instant hit with fans.

Misery has appeared on Global News and other media platforms to discuss the band and new or upcoming releases. New Years Day has been praised for being so unique and experimental, each album is different and explores a new journey in their genre exploration. Misery refers to this as an intentional approach. Nikki Misery and New Years Day have toured with huge bands such as In This Moment and Halestorm. 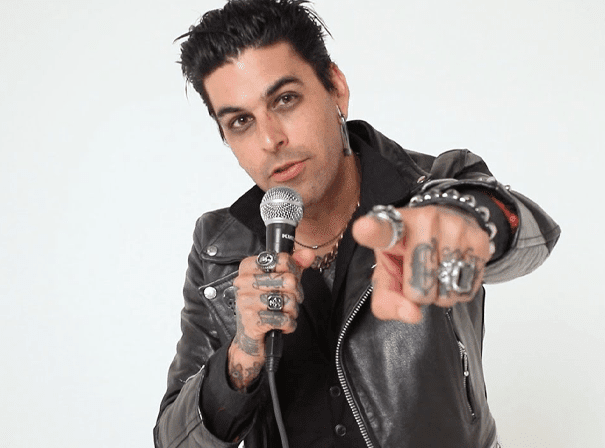