Promising Scottish footballer Sonny Blu Lo Everton possesses stand-out ability as well as a stand-out name. One of the hottest prospects at English Premier League side Watford, the creative midfielder has already pledged his allegiances to Scotland and impressed when he played at Under-17, Under-18 and Under-19 level for the country. Everton has received widespread praise as one of the most natural new talents in football, and broke into Watford’s U23 side before he was even legally allowed to drink. In 2019 The Guardian recognised the young talent as one of the most talented prospects in all of the Premier League academies by naming him in their Next Generation 2019 list.

Londoner Everton first joined the Hornets as a nine year old, and dazzled in Watford’s youth teams out on the wing or from attacking midfield. After unlocking his potential in the Watford academy, he joined National League side Wealdstone on a short-term loan and helped the club keep their place in the fifth tier before signing to Yeovil Town on loan in August 2021, venturing to Somerset to start earning more minutes of play in the men’s game.

Everton qualified to represent Scotland at international level through his grandmother, and he was headhunted by the Tartan Army who have high hopes for the gifted youngster. Having already put plenty of hard work in, Everton is continuing to build on his early success and there is much to come from this exciting new talent. 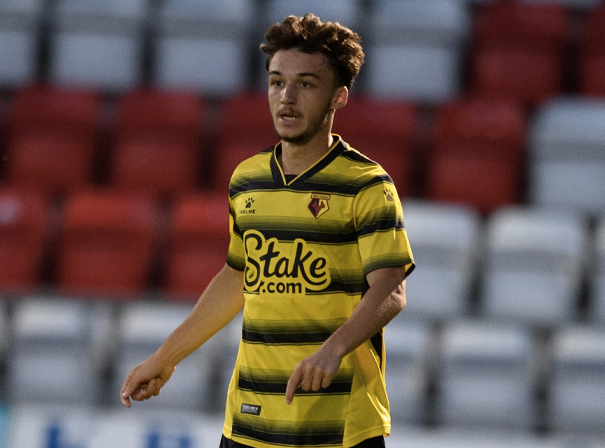