Now retired rugby professional Willie-John McBride played at lock for Ireland and the British Lions and is now a major charity supporter. Willie-John also acts as a brand ambassador, inspires people with his motivational speeches and has a lifetimes worth of experiences from playing the game. In all, McBride played 63 full test matches for Ireland and was captain eleven times. He also toured with the Lions five times and this gave him a record 17 cap in all, including some as captain on their most successful ever tour of South Africa in 974. A fine leader on the pitch, McBride manage to lead his sides to many famous victories and still has a fine leadership streak that he is able to instil in others.
After retiring from the game, McBride went on to coach the Irish national side and was in charge of the Lion’s tour of New Zealand in 1983. In 1997 the International Rugby Hall of Fame was started and Willie-John was one of the first to be inducted. Nowadays he presents Test jerseys and gives motivational speeches to Lions players prior to matches to get them going, and has been named in Rugby World magazine as “Rugby Personality of the Century” before now. A major supporter of the Wooden Spoon Society, which helps disadvantaged kids, he also gives his time over to other charitable causes and makes a fine sporting guest who adds real value to your event or function. 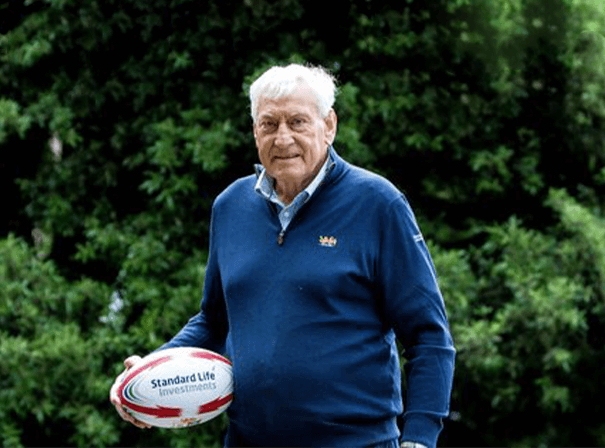