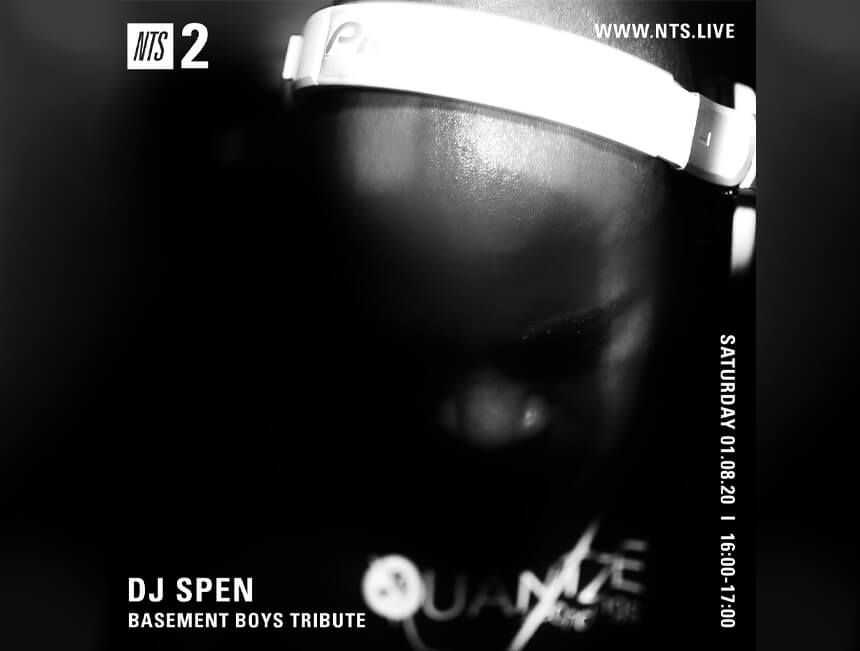 Despite the circumstances, DJ Spen has remained busy throughout the global lockdown, playing virtual festivals, celebrating label anniversaries, releasing tunes with Crystal Waters and earning features in Billboard and International DJ Magazine. Between all of this, he’s also found the time to record a mix for London’s NTS Radio, which is billed as “a tribute to The Basement Boys, an hour of vital Gospel House and Garage House from the legendary Baltimore imprint and production outfit.” Celebrating the legacy of the Basement Boys, of which Spen himself was a member, this jackin’ mix honours an iconic collective whose name is permanently marked in the house music history books.

DJ Spen began his illustrious career in the mid-’80s as a radio DJ, making hip-hop beats his group The Numarx: a trio that would go on to write and record ‘Girl You Know It’s True’, later covered and made into a smash hit by Milli Vanilli. The years that followed saw Spencer move away from hip-hop and towards the classic Chicago house sound that would define his career, after teaming up with storied production collective The Basement Boys. Producing as Jasper Street Co., Spencer released his first 12″ through Basement Boys Records in 1995, the energetic gospel house cut “A Feeling”. This was the first in a legendary series of releases for the label that brought Spencer commercial and critical success over the next decade, bringing him international recognition as a pioneer of house music and leading The Basement Boys to receive similar levels of acclaim.

“DJ Spen presents a tribute to The Basement Boys, an hour of vital Gospel House and Garage House from the legendary Baltimore imprint and production outfit.”