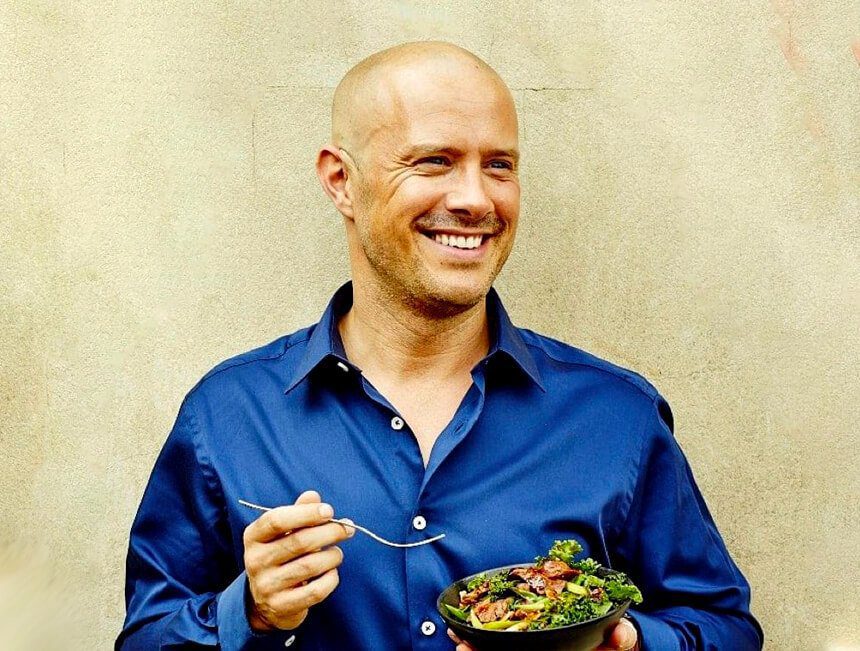 In our ‘Talent Profiles’ series, we shine a spotlight on some of the biggest celebrity names that MN2S have worked with. Ranging from actors to sportspersons, models to celebrity chefs, there’s no niche that our extensive roster doesn’t cover. This week we’re highlighting the talents of five fabulous foodies: celebrity chefs, food experts and nutritionists that are known for their refined palates, expert knowledge and considerable talents in the kitchen. These culinary geniuses are now available for virtual speaking engagements, appearances, demonstrations and Q&As – please get in touch to find out more.

John Torode is a central figure in Britain’s gastronomic circuit. Best known as the co-host on BBC1’s massively popular cooking programme MasterChef, John’s success on the show has afforded him an astonishing 14 seasons as presenter. However, John’s career did not start off on screen. In fact, he is credited for being one of the first chefs to bring Australasian food to Britain before the turn of the millennium. In 1992 he joined the Conran Group, starting at Pont de La Tour, before he was offered a job as Sous Chef at Quaglino’s. By 1995, he became Head Chef for the launch of Mezzo in Soho – one of the biggest eateries on the continent.

Thanks to his engaging personality and fervent passion for food, Torode has been given several of his own culinary shows, including A Cook Abroad: John Torode’s Argentina, John Torode’s Korean Food Tour, John Torode’s Asia and The A to Z of TV Cooking. He has also appeared on The Apprentice, Saturday Kitchen, The One Show, Loose Women, BBC Breakfast, Daybreak, Ask Rhod Gilbert, The Alan Titchmarsh Show, Have I Got News For You and This Morning. In addition to his prolific career in television, John has also produced some highly successful cookbooks, the most notable of which include John Torode’s ‘Beef’, ‘Chicken and Other Birds’ and most recently, ‘My Kind Of Food: Recipes I Love to Cook at Home.’

In today’s health-focused media landscape, Dale Pinnock is a go-to expert on all nutritional matters. The medicinal chef, writer and TV presenter has matched his culinary skills with a degree in human nutrition and a post graduate diploma in Nutritional Medicine from the University of Surrey – and is hugely in demand for his knowledge and skills as a result. Dale has authored nine books, including best-selling titles such as ‘The Medicinal Chef: Eat Your Way To Better Health’, and ‘The Medicinal Chef: Healthy Every Day’.

Dale is an influential voice within British media, often championing the cause of healthy eating on TV and in print. He separates facts from fiction and helps consumers see past the marketing hype and buzzwords and get real advice on how to eat healthily. As a result, he has been invited to appear on TV and radio programs The Today Show, This Morning, Lorraine, Ireland AM and The Chris Evans Show among others, speaking with passion about fresh, delicious and wholesome food that not only tastes good, but has genuine health benefits too. His expertise is highly valued by health professionals, chefs and consumers alike.

Danielle Copperman is a British model, entrepreneur, writer and chef, passionate about promoting natural and healthful lifestyles. After struggling with fatigue and poor nutrition as an aspiring model, Copperman embarked on a journey to search for ways in which food, exercise and spirituality could contribute to her physical and mental health, starting a wellbeing blog, Model Mange Tout. Here she shares recipes and rituals inspired by ancient traditions that she has discovered through studies, research, travel and self-experimentation.

On her journey into wellbeing Copperman studied Biology and Nutrition, becoming qualified as a nutritionist. In 2014, she launched a successful company specializing in healthy, gluten-free breakfast products – known as Qnola. Qnola is a range of quinoa-based breakfast cereals that are handmade in London. The products are flavoured naturally with pure, organic superfoods, and are totally free from gluten, wheat, grains, dairy, refined sugar, additives and preservatives. Danielle contributes monthly to Miss Vogue online, developing bespoke recipes, as well as Suitcase Magazine, for whom she writes healthy city food guides.

Read More: Could a TV chef spice up your event?

Named by the Good Food Guide as a ‘chef to watch’, Adam Simmonds has received a wealth of accolades during his career, including a coveted Michelin Star for three consecutive years during his time at Danesfield House Hotel and Spa. Since his first job as a commis chef aged 18, Adam has trained and worked with the very best in the business, including Marco Pierre White, Raymond Blanc and Paul Heathcote. He has also worked at some of the finest establishments, including the Ritz, L’Escargot and the famous Le Manoir aux Quat’ Saisons.
His own restaurant, Adam Simmonds at Danesfield attracted four AA rosettes and a consistent 8/10 in the Good Food Guide and was rated the 12th best restaurant in the country. Outside of the kitchen, Adam has found fame on the BBC2 show, The Great British Menu’ when he reached the finals cooking a ‘ration pack’ starter for the D-Day veterans banquet at St Paul’s Cathedral. Recently, Adam has worked as executive chef at the Pavillion in London and consulted for a number of other leading eateries in the city.

Julie Montagu – AKA ‘The Flexie Foodie’ – is one of Britain’s best known yoga and nutrition experts. Named as one of the top ten ‘Holistic Health Icons’, she makes regular TV and radio appearances, delivering food advice and nutritional expertise to a wide audience. Montagu is the brains behind wellness membership site Truly-Julie and has published no fewer than three internationally best-selling books: ‘Superfoods’, ‘Eat Real Food’ and ‘Superfoods Superfast.’

Montagu also writes a column for Grazia magazine (‘Small Moments of Self Care’) while contributing to Mind Body Green and Hello! Magazines. This future Countess of Sandwich is an all-round health guru who has an exuberance and zest for life that anyone can aspire to: it’s no surprise that she has a loyal legion of thousands of followers that subscribe to her health-focused lifestyle and nutritional advice.

MN2S help brands connect to their audiences through partnerships with fabulous foodies like these. We can also arrange virtual speaking engagements, appearances, demonstrations and Q&As: take a look at our talent roster to see more high-profile names from the world of food and nutrition.

Ruby Bhogal teams up with Stork to get Britain baking