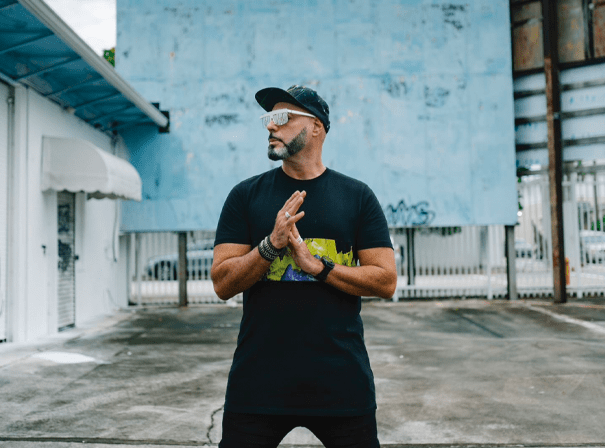 In our Talent Profiles series, we shine a light on some of the biggest names that MN2S has worked with. This week, we focus on four festival-ready DJs that have taken the dance music world by storm.

Recognised globally for the international hit single “Another Chance”, Sanchez has released a mind-blowing catalogue of chart-topping singles in his three decades at the top of the international dance music scene, while travelling the globe as a renowned DJ. Beginning his career on the NYC nightclub circuit, Sanchez soon built a reputation as a talented DJ with a deep record bag packed with roof-raising anthems. After making waves in the European club circuit and becoming an Ibiza regular, Sanchez was recognized at the DJ Awards with the award for Best House DJ, a title which he has since taken four times.

One of the UK’s most established selectors, DJ Paulette kicked off her career with a residency at the storied gay party Flesh, hosted at Manchester’s now-legendary Hacienda. She later joined up with Ministry of Sound, touring the world as part of their international crew and making a name for herself as a stellar DJ over a career that’s surpassed two decades. From radio stations to bars, to clubs to festivals, from back room to main room, from warm-up to headline slot, Paulette remains a champion of quality music, digging deep for sets that fuse uplifting house-party hip hop, raw grooves, expressive vocals and high-energy funk to diamond disco, jacking deep house and tumultuous techno. No matter whether she entertains as a resident or guest, Paulette consistently tears up dancefloors in the UK and Europe every weekend.

Sandy Rivera’s place in house music history is already secure as one of the most highly respected producers of his – or any other – generation. Rivera’s unrivalled originality and ability for crafting classic house records have catapulted him into a league of his own, and the house landscape would be a considerably less colourful place without him. For many, Rivera will be best known for Kings of Tomorrow’s magnum opus, ‘Finally,’ which is widely regarded as one of the best vocal house records ever created. ‘Finally,’ which was released on Defected Records, a label with which Rivera has had a long and fruitful connection, still resonated more than a decade later.

Miss Monique is one of the hottest artists in EDM. Weaving together progressive house, melodic techno and much more, her sets have drawn crowds across the globe and racked up millions of views on YouTube, while her productions have garnered support from scene-leading names such as Paul Oakenfold and Armin Van Buuren.