Hailing from Dallas, Texas, Cuban Doll exploded onto social media platform in 2012, posting modelling and lifestyle pictures under the name Cuban da Savage before transitioning to an explosive music career: she has been releasing her own music since 2016.

With a strong connections to rappers such as Asian Doll, Molly Brazzy and BandGang, Cuban Doll took on a mumble rap style before dropping her first mixtape, Cuban Link, in 2017, swiftly followed by the well-received, shorter mixtape, Aaliyah Keef. The young rapper has collaborated with the likes of Lil Yachty and Lil Baby on hit track ‘Bankrupt’ , ‘Let It Blow’ with Molly Brazy and Mza1 on 2019’s ‘Bag Talk’.

Amassing over a million online followers before she even launched her music career, Cuban Doll’s transition into rap has been smooth and successful. Starting off posting her new songs and videos as frequently as she could, her 2017 debut mixtape Cuban Link caused a stir with her brazen lyrics and incendiary style. Follow-up mixtape, Aaliya Keef, brought even more fans to her already impressive online following, with breakout single ‘Bankrupt’ reaching over 10 million views on YouTube, and ‘Rat Bitch’ also going viral. Kicking off 2019 with a new collaboration with Mza1 and DJ Gutta Butta on ‘Bag Talk’, Cuban Doll is proving a force to be reckoned with, and her extensive global fanbase are eagerly awaiting her next move. 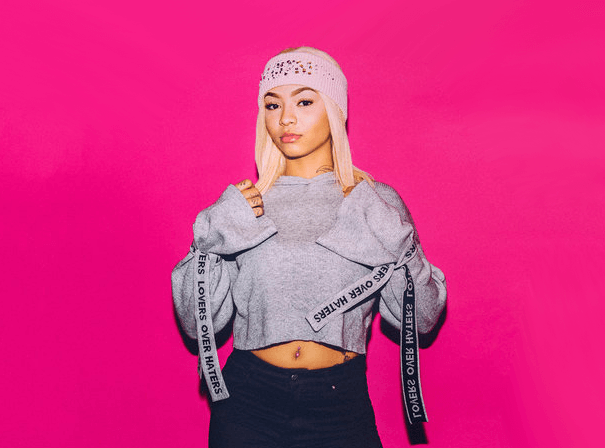