Brennan Marcel Williams is a retired American football player and current professional wrestler. He is now contracted to WWE and works under the ring moniker Mace on the Raw brand (often stylised in all-caps as MACE). Williams was chosen by the Houston Texans of the National Football League in the third round (89th overall) in the 2013 NFL Draft before beginning his professional wrestling career. He was a member of the North Carolina football team in college.

Williams made his WWE in-ring debut on September 30, 2016, fighting in a battle royal at an NXT live event in Orlando, Florida. He was granted the ring name Dio Maddin in June 2019. In September 2019, Maddin replaced Nigel McGuinness as part of the 205 Live commentary crew. Later that month, as part of their “Premiere Week,” WWE announced that the commentary teams would be switched, with Maddin joining the Raw commentary crew with Vic Joseph and Jerry Lawler as an analyst. In November 2019, his stint as a commentator came to an end as he was sent back to NXT to train.

Williams has appeared in a number of streams on the role-playing YouTube channel The Third Wheel, most notably as The Batsu Sama, the world’s scariest person. He appeared in the channel’s main series “Thrilling Intent” as Harlock, a steely assassin with a bionic arm and a penchant for traps, as well as another series on the channel, No Smarts But Hearts. Williams worked with the YouTube channel Super Best Friends Play on several occasions, and has done voice-over/narration for videos including Did You Know Anime’s “Jojo’s Bizarre Adventure Part 2” and JelloApocalypse’s “Welcome to YouTube Comments (2016) – Part 1.” Williams relaunched his own YouTube account as a Virtual YouTuber under the moniker JiBo in February 2021. 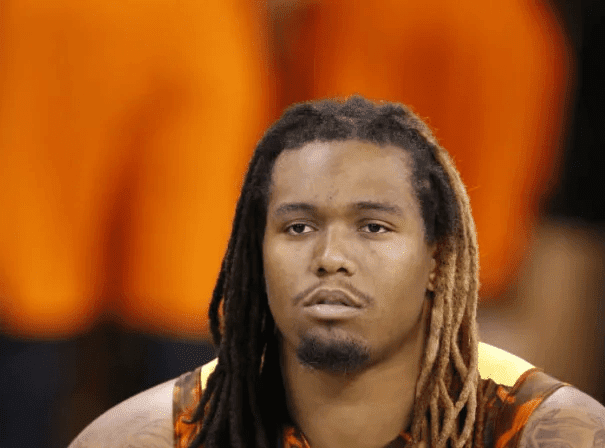