Dolph Lundgren’s remarkable career has seen him work as an actor, director, producer, screenwriter and martial artist, spanning three decades and an extensive filmography that includes an array of high-profile roles in action-packed Hollywood movies. His bold blue eyes, towering height and muscular physique led him to become one of the most recognisable movie stars of the 90s and 00s.

After moving to New York City from Sweden in 1982, his big screen breakthrough came with 1985’s Rocky IV, beating 5000 other candidates to land a breakout role playing Ivan Drago opposite Sylvester Stallone, an opportunity that would catapult him into stardom overnight.

The following decades saw Lundgren star in a sequence of blockbuster action films, earning worldwide recognition for his performances and cementing his reputation as one of the greatest action superstars in Hollywood’s history. His illustrious filmography is studded with classic roles: highlights include ‘Showdown in Little Tokyo’ (1991), ‘Universal Soldier’ (1992), ‘The Expendables’ (2010), ‘The Punisher’ (1989) and fourteenth Bond film ‘A View to Kill’ (1985). Though best known for his work on screen, Lundgren’s talents extend far beyond performance. He has sat in the director’s chair for five movies and acted as executive producer for a number of others.

An accomplished martial artist, he’s been awarded a Third Degree Black Belt by the World Karate Organisation in Tokyo, captained the Swedish National Karate Team and performed karate exhibitions at international tournaments across the globe. In recent years, the star has been working on the creation and launch of a Dolph Lundgren brand that will encompass a fitness book and signature sportswear line, a licensing, media and publishing program and the development of future entertainment and media projects. 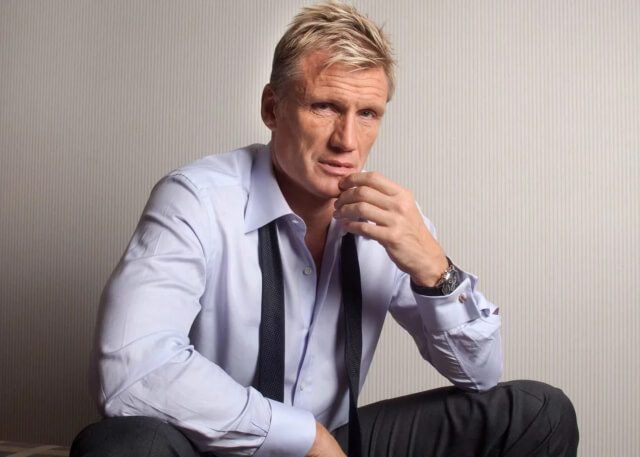