Virtuoso metal guitarist Gus G played lead guitar for the one and only Ozzy Osbourne for 8 years whilst establishing himself as an acclaimed solo artist. One of melodic power metal’s reining guitar gods, he has also found fame as the frontman and founder of Firewind for the last two decades and has toured the world with both Firewind and other acts including Dream Evil and Arch Enemy. He has enjoyed an exceptionally fruitful career as a solo artist, his three solo albums I Am the Fire, Brand New Revolution and Fearless receiving widespread critical acclaim.

Born Konstantinos Karamitroudis in Thessaloniki, Greece, his father – a Greek folk singer – introduced him to the music of the Eagles, Santana and Pink Floyd. One particular record in his father’s collection – Peter Frampton’s Frampton Comes Alive – prompted the young musician to ask for his first guitar when he was 10. A virtuoso talent from the start, by the time he was 18 he left Greece and briefly attended Berklee College of Music before leaving to make his mark on the metal scene. In 1998 Gus G recorded a demo with Joe Stump who had met at Berklee . The demo garnered the attention of Leviathan records, and Gus G went on to release seven studio albums with the band Firewind after signing to the label.

In 2009 Gus G was invited to audition as guitarist in Ozzy Osbourne’s band, and was immediately invited to return and perform a concert with Ozzy after the jamming session. He was soon announced as lead guitarist for Osbourne, and went on to tour the world’s biggest stages with the iconic metal god.
Since 2014 he has enjoyed an immensely successful solo career and has cemented his reputation as one of the most respected metal guitarists of his generation. 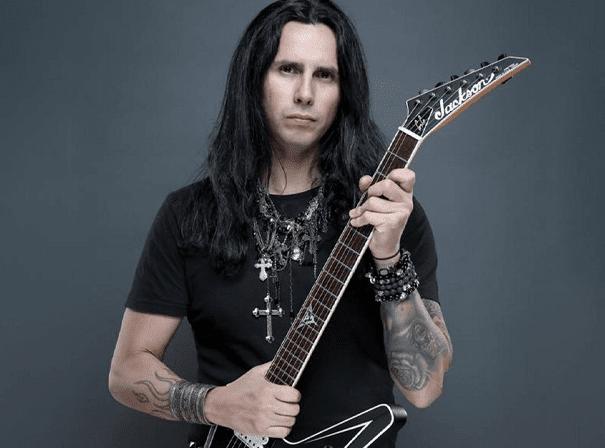