Turkish professional Soccer player Hakan Çalhanoğlu is a winger for Milan and has also represented his home country as part of the Turkish team.

Çalhanoğlu was a prodigious player throughout his youth, signing for both the Milan side and German team Karlsrugher SC when he was just 16 years old. In 2012 he moved from the team, signing a four year deal with premier side Hamburger SV. His Bundesliga debut came the following year, and by now he was building up a reputation as a valuable and talented player. Çalhanoğlu’s skill earned him a €14.5 million transfer fee to Bayer 04 Leverkusen in 2014, and he had a successful year with the team before moving to Milan. After earning himself the prestigious number 10 shirt he proved himself on the pitch yet again, with his impressive goal scoring ability and bold moves. Alongside his club career, Çalhanoğlu has been part of the Turkish national side since he was a teenager. He made his international debut as a senior in 2013, playing an integral part in the team’s performances at top level competitions around the world, including at the UEFA Euro 2016.

Known for his impressive skill and set pieces on the field, Çalhanoğlu is a valuable asset to both his club and his country. He become known for his attacking and offensive style of play, and looks set for many more successful years. 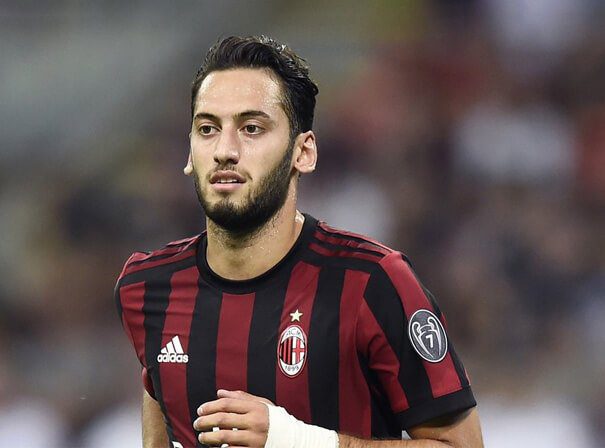