One of the best goalkeepers in world football, Marc-André ter Stegen plays for Barcelona and the Germany national team. A tall, consistent and agile shot-stopper with super-fast reflexes and good decision-making skills, he is effective at communicating with his back-line thanks to his strong personality and is excellent in one-to-one situations. Ter Stegen made an impressive 108 league appearances with Borussia Mönchengladbach during four seasons in the Bundesliga before joining La Liga club Barcelona in 2014 for €12 million. During his first season in Spain he won the treble of La Liga, Copa del Rey and the UEFA Champions League.

The world-class keeper has represented Germany at several youth levels, making his senior debut in 2021. Since then he has been part of the Germany squads that won the 2017 FIFA Confederations Cup and reached the semi-finals of the UEFA Euro 2016.
Hailing from Mönchengladbach, Germany, the 6 ft 2 in keeper began his career playing for his hometown team Borussia Mönchengladbach, establishing himself as a star of the reserve team in the first half of the 2010-11 season. Fans of the club demanded that the young prodigy started in the league, and he replaced Logan Bailly as first-choice keeper. 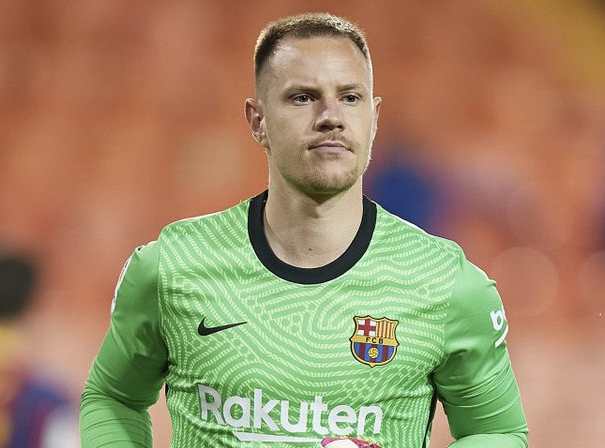