At the age of fourteen, Tom began racing in saloon cars and within two years he had won the BRSCC Winter Saloon Car Championship. At just seventeen years of age he went on to compete in the British Touring Car Championship, a competition which he has been rewarded with the Independent Drivers’ title. Tom’s drive is relentless and his mission in life is to become a world champion. Max has taken part in significant races, such as ROAL Motorsport and Sebastien Loeb Racing, finishing second in the latter. He has also appeared on the UK’s most renowned motoring programme: Top Gear twice.

Max is the younger of the two and just at ten years of age began racing in karts, after competing in T-Cars, a championship for drivers between 14-17. Max soon moved to Formula Three, followed by GP2 in 2014, winning two races and finishing fourth. At just 21 years old he took part in the Grand Prix alongside Jenson Button and Lewis Hamilton. More recently Max has taken part in the IndyCar series and the world Endurance Championship.
The brothers grew up beneath the Gatwick flightpath, so it is certainly no surprise that the pair would spend their childhood racing cars in muddy fields, dreaming to be the champions that they are today. 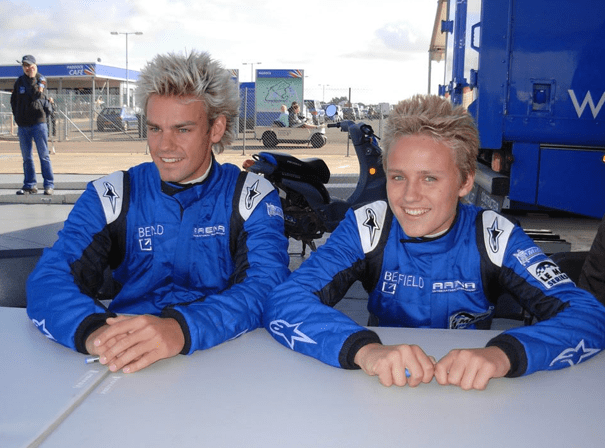