Fleetwood has always been a talented athlete, competing as a junior hurdler and sprinter before taking up rugby aged 14. She started her club career as part of the junior academy at Lichfield and played for the team throughout her time at university, before signing with Saracens. When she was just 21 years old she made her England side debut, making over 50 appearances over the next four years. She has played in two Rugby World Cups, in 2014 and 2017, making six appearances in 2014 which England went on to win. In 2018 she played in the Commonwealth Games after making the switch the England 7’s side, again marking herself out as a key asset to the team and a strong player. Fleetwood took home a bronze medal alongside her teammates, going on to play in the Women’s Six Nations in both 2019 and 2020. After being named Player of the Match at the Quilter International against Italy in 2019, Fleetwood’s reputation as one of the star player’s in the England side was secured.

Alongside her career as a professional rugby player, Fleetwood also works as a nutrition adviser and coach, and is an ambassador for MyProtein. She has appeared in Cosmopolitan and on the cover of Stylist magazine and is a highly respected figure in British sport. 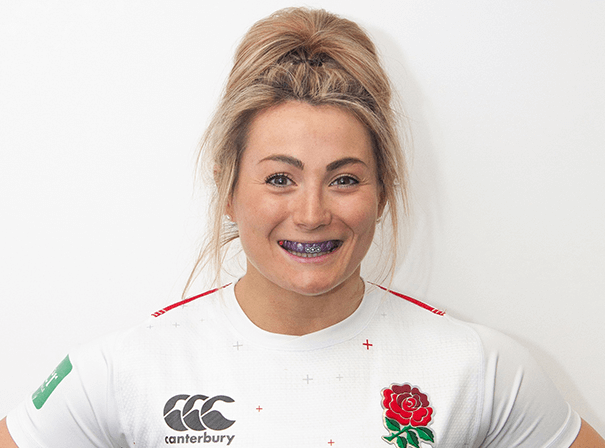