On The Rise: Rod Wave 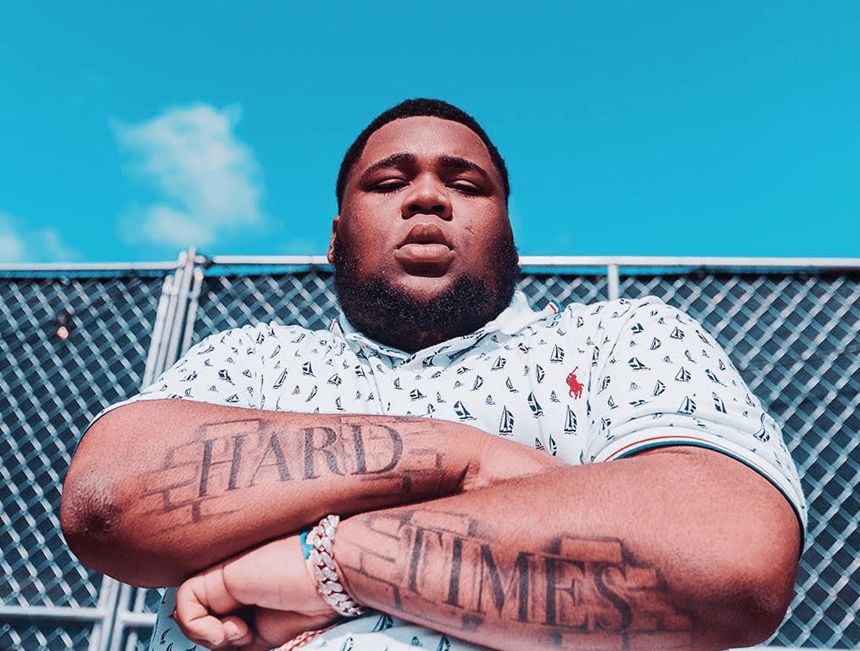 This Florida native overcame a troubled childhood to become a rapidly rising hip-hop phenomenon praised by the likes of Pitchfork and Rolling Stone.

His latest album, Ghetto Gospel, is out now.

After Wave’s father and uncle were imprisoned, Wave was forced to become the paternal figure of his family when he was still a child, himself. During that time, he saw robbery and drug dealing as the only way to provide for his family. He couldn’t see any other future until his father was released from prison and purchased Wave a microphone. Shortly after, Wave’s brother found him an old computer, and Wave was recording out of his bedroom. Come 2016, his debut single “Heartbreak Hotel” went viral, currently reaching close to 3 million views on YouTube.

Moves like this got the attention of one of Waves’ idols: Kevin Gates. Gates would go on to executive produce his latest album, “Ghetto Gospel,” which dropped on November 1st, 2019. Gates was even featured on two songs off the fourteen-track album, “Cuban Links” and “Titanic.” Wave also collaborated with Lil Durk on the final track of the album, “Heart On Ice,” which would go on to be his most successful song to date, picking up over 10.4 million streams on Spotify in just a month. In fact, every song off the album now has at least one million streams.

Gravel or velvet, jagged edges or curved slopes, coarse scales or soft fur: a voice generally contains one or the other, but Rod Wave plays between extremes.

As noted by Rolling Stone, Wave is highly regarded for his unique ability to switch between two voices: a gentle singing voice and a gritty style of rap delivery. This is stunningly demonstrated in the critically acclaimed single “Close Enough to Hurt,” taken from his latest LP and featuring lyrics that explore the subject of Wave’s mental health struggles, particularly PTSD. The album since has been critically acclaimed, receiving a coveted 8.0 rating on Pitchfork and earning rave reviews across all corners of the internet: comparing him to contemporaries YoungBoy Never Broke Again, JayDaYoungan, and his idol Kevin Gates, declaring that “if Ghetto Gospel makes anything clear, it’s that nobody sings about their pain like him.”

With the the raw performances and vulnerable lyrics that Wave brings to the table in his music, he’s been classed in a microgenre known as “pain music,” a derivative of hip-hop that bears expressive hallmarks similar to that of emo rap. His ability to express knows no boundaries: Wave can communicate his emotions through sleek hooks with polished production, or he can unplug and have the same effect with a more stripped-back approach, as seen on the recent track “Chip On My Shoulder“, in which he raps: “Got me on my knees, I’m askin’ God what’s my purpose / I pray that before I leave, I leave my heart in these verses.”

Rod Wave speaking about the influence of Kevin Gates with XXL

It seems that Rod Wave’s momentum within the music industry isn’t set to slow down any time soon. Despite having released the Pitchfork-approved Ghetto Gospel on November 1st 2019, he shared a new single on November 29th , “Dark Clouds.” At the rate that Wave is pumping out quality material, his rise in the hip-hop scene is sure to continue inexorably. Even as newcomer, Wave is already estimated to have a net worth of $1.5 million. Wave’s prediction? He’ll be “the next big n***a out the bottom.”

This young comedian and musician has over 2 million YouTube subscribers and hundreds of millions of views, and he hasn’t even reached…