NFL star Allen Jamel Lazard is a wide receiver for the Green Bay Packers. Coming out of high school, Lazard was a highly regarded recruit who was awarded a 2013 USA Today High School All-American. He played college football for the Iowa State Cyclones. Lazard was named to the First-Squad All-Big 12 team in both 2016 and 2017, and he leads Iowa State in both receptions and receiving yards.

In 2016, Lazard had his breakout season, which was one of the best in Cyclone history. He broke the school record for 100-yard receiving games with six and became the fourth player in school history to accomplish a 1,000-yard season, leading the team in receptions (69), receiving yards (1,018), and touchdown catches (7). Lazard had three consecutive 100-yard games against Kansas (120), Texas Tech (137), and West Virginia (33). Coaches and ESPN awarded him First-Team All-Big 12, and he was named Pete Taylor Most Valuable Player.

Lazard maintained his success in 2017. With 71 receptions, 941 receiving yards, and 10 touchdowns, he once again topped the team in those categories. Allen had 69 yards and a game-winning score in the triumph over No. 3 Oklahoma, and had another 100-yard game at home versus TCU, this time with 106 yards on six catches. His greatest games of the season were nine receptions for 126 yards and a touchdown against Oklahoma State and ten grabs for 142 yards and a touchdown against No. 19 Memphis in the Liberty Bowl. Lazard was named First-Team All-Big 12 by the coaches and Second-Team All-Big 12 by the media at the end of the season. 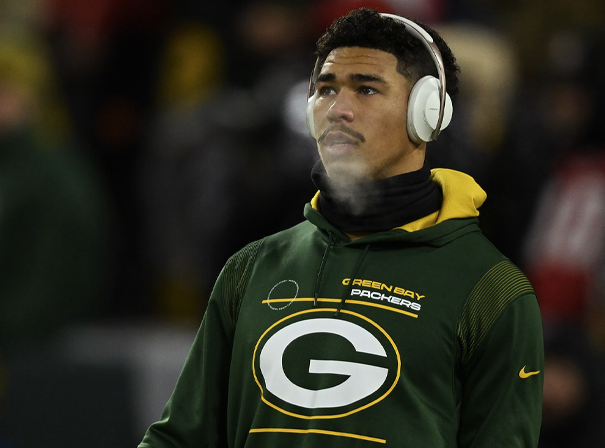