Jasmine Rodriguez is a world-famous tattoo artist famous for hosting the Spike TV reality show Tattoo Nightmares with Tommy Helm and Big Gus. She made her mark starring in the show from 2012 to 2014 when she was one of the artists featured at Madison Tattoos based in Los Angeles, where she created ink masterpieces to cover up tattoos that clients regretted. She has now dedicated more than half of her life to tattooing and art and her aim is to change the life of people whose lives have been affected by a bad tattoo, educating those in the business in the process.

Growing up in Yonkers, New York, Rodriguez always knew she wanted to work in the tattoo industry, and was just 15 years old when she asked the owner of a tattoo shop for a job. A year later she dropped out of school and became an apprentice at Champion Tattooing in the Bronx, and quickly worked her way up. She was taught how to tattoo tradition style by her mentor Angelo “Champion” at the street shop known for script style writing. Since then she has spent two decades tattooing across New York, flying between her home city and LA when she joined the cast of Tattoo Nightmares.

Rodriquez now looks back fondly on her time on the reality show, where she enjoyed meeting different people and showed both empathy and expertise doing cover-ups. She continues to take immense pride in her work, and to Rodriquez tattooing isn’t just a job, it’s a lifestyle. 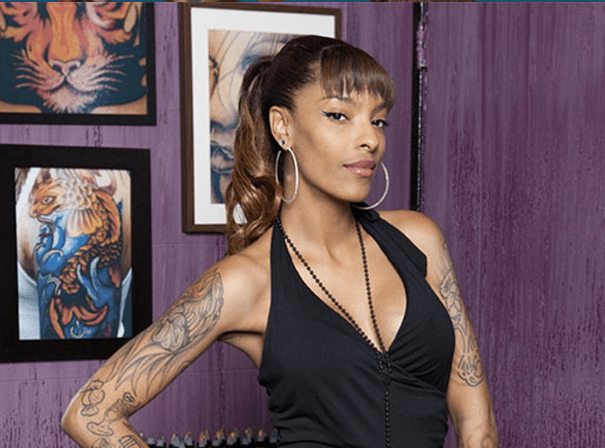