The fabulous artistic gymnast Max Whitlock is a 3x Olympic champion and a 3x European champion, as well as a 6x Olympic medalist, and a 5x World medalist. He became Britain’s first ever Olympic Gold medalist in artistic gymnastics when he won the men’s floor exercise and pommel horse at the 2016 Rio Olympics. And with fourteen medals and six titles in Olympic and World Championships, he is also the most successful gymnast in Britain’s history, and was made an MBE in 2017 and an OBE in 2022. In 2020 he published his health and fitness book, The Whitlock Workout: Get Fit and Healthy in Minutes.

Born and raised in Hemel Hempstead, Whitlock started gymnastics at the age of seven. After winning Gold on pommel horse and in floor exercise at the 2010 Junior European Championships, his senior career began. He was 17-years-old when he was selected to be part of the England team competing at the 2010 Commonwealth Games, winning two Silvers and a Bronze. Since then he has gone on to win four Golds, two more Silvers, and another Bronze at the 2014, and 2018 Commonwealth Games. 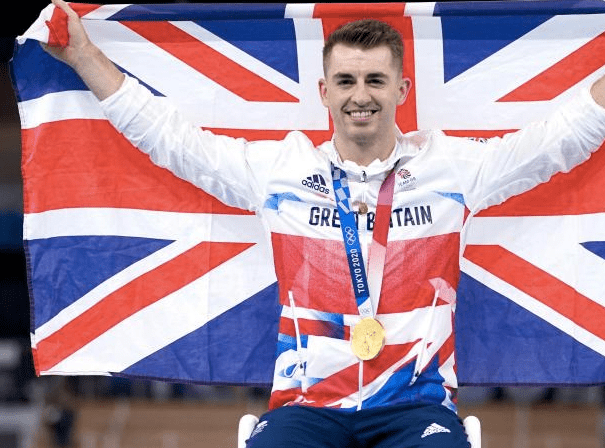