Michael Starr is known to rock and metal fans around the world as the frontman of glam metal stars Steel Panther. Each of the band’s five albums has topped the US Comedy charts and reached the top 20 of the Hard Rock charts. They’ve collaborated with the likes of Slipknot’s Corey Taylor and The Darkness’ Justin Hawkins, played the main stage at Download, and won awards around the world.

Starr was born Ralph Saenz in Chicago. His first gig was as lead singer in Van Halen tribute band Atomic Punks during the 1990s. In 2000, he formed Steel Panther, a parody metal band. They were originally called Metal Skool, and they worked their way up the showbiz ladder through a mix of hard gigging and TV appearances (including in a credit card advert on The Drew Carey Show). When they changed their name to Steel Panther in 2008, things really started happening. They signed to a major label and released their debut album, Feel the Steel, which charted worldwide and was longlisted for a Grammy Award.

By the release of the band’s second album, Balls Out, in 2011, Steel Panther were outselling Metallica and Megadeath and being invited to tour with Def Leppard and Motley Crue. They’d arrived in style. They won the Loudwire Award for Best Live Act two years running and won Video of the Year at the 2014 Metal Hammer Golden Gods Awards. They retain a similar level of success today, proving that despite parodying his heroes, Starr has achieved their level of success. 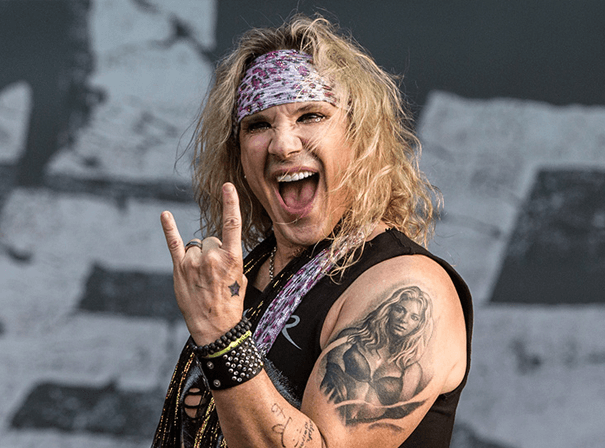