Thomas Hitzlsperger is a retired German Soccerer who played for teams all over the world but made a big impact on the English Premier League during his time with teams like Aston Villa. A midfielder who has also captained a number of sides, Thomas is a TV regular who is confortable speaking to a range of audiences and who is a stand up, professional role model. He grew up in the Upper Bavarian Forest inning, Wagmühle and started his career with _VfB Forstinning. Soon as he completed school he went on to play for FC Bayern Munich where he continued to draw attention to his talent. At the end of the 2000/01 season he moved on a free transfer to Aston Villa.
Here Thomas Hitzlsperger played until the 2005/2006 season and completed 99 games in which he scored 7 goals. He then moved back to Germany and to the first division VfB Stuttgart. At the 2006 FIFA World Cup in Germany Thomas Hitzlsperger was picked by national coach Jürgen Klinsmann as a midfielder for the national team and he eventually played 52 times for his country, netting 6 goals and finishing third in the 2006 World Cup. As such, Thomas is well placed to be the front person for a brand, to launch a charity event or to speak at a sports awards dinner. 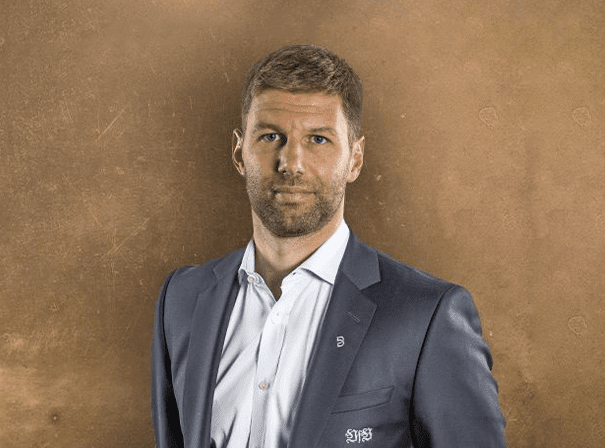