Award-winning Olympian Zack Test is widely regarded as one of the greatest rugby union players that America has ever produced. He won medals captaining his country and enjoyed particular success in rugby sevens, making over 50 appearances for the United States Sevens side and scoring over 600 points. Until recently, he was the record holder for the most tries scored by an American player. After injury brought his career to a premature end in 2018, he moved into coaching, becoming the co-head coach of the San Diego Legion, who compete in the NRL.

Rugby union is not a sport usually associated with the United States, but Test began playing it during his freshman year of high school in California. He continued playing whilst studying at the University of Oregon, becoming a wide receiver for their side. However, he didn’t get the playing experience he was after and subsequently transferred to Loughborough University in England – quite a distance to transfer! Loughborough, however, is renowned as one of the best places in Britain for nurturing sporting talent, and so it’s no surprise that Test was soon playing for the United States U-20 side.

In 2008, Test made his rugby sevens debut, becoming a regular presence at major tournaments for the next seven years and drawing praise from some of the biggest names in the sport. In 2009, he represented the States at the Maccabiah Games (sometimes referred to as the “Jewish Olympics” and one of the world’s biggest sporting tournaments), helping them to win bronze. He won a further international bronze at the 2011 Pan American Games. 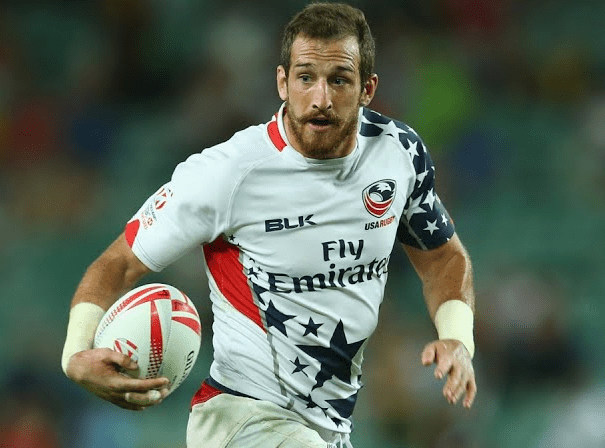