Cody Fajardo is a professional football quarterback who currently plays in the Canadian Football League for the Saskatchewan Roughriders. The football ace has also played for Toronto Argonauts and BC Lions, and previously enjoyed an impressive college career at the University of Nevada as starting quarter back for the Nevada Wolf Pack. In 2009 Fajardo won the Glenn Davis Award as California’s best high school football player.

Born in Brea, California of Spanish American descent, Fajardo – also known as “The Codster” – was an impressive high school footballer for Servite High School. The talented young player won the 2009 Glenn Davis Award after leading Servite to state championship victory and a third place ranking in the national polling.

In 2010 Fajardo joined the University of Nevada and became starting quarterback for the Nevada Wolf Pack football team. Fajardo’s incredible talent shone through during his college career, and he became one of only two players in the history of NCAA to achieve 3000 yards rushing and 9000 yards passing.

Fajardo first signed for the American team Oakland Raiders in 2015, but was waived by the Raiders and signed to the Toronto Argonauts the same year. The following year he signed his first professional touchdown, and in 2018 Fajardo was snapped up by the BC Lions before signing with Saskatchewan Roughriders in 2019. The football ace soon became starting quarterback for the side and has continued to impress ever since, and he is now signed to play for the team until the 2022 season. 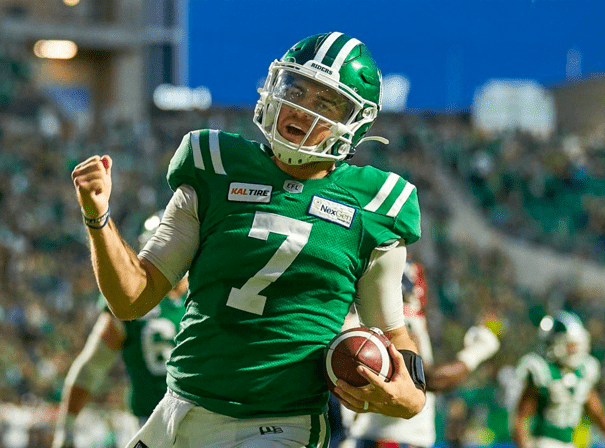