Dillon Gabriel is a former High School Player of the Year Award winner who has subsequently made a big impression on the college football scene. After three years playing for the UCF Knights at the University of Central Florida, he began 2022 by transferring to the University of Oklahoma and their team, the Sooners. There, he was reunited with Jeff Lebby, the man who had recruited and first trained him at UCF back in 2019.

Gabriel was born in the closing days of December 2000 in the beautiful city of Mililani, Hawaii. He attended the local high school and established himself as a quarterback on the school football team. In 2018, he finished his senior year by being voted the Gatorade High School Player of the Year after passing for an amazing 3,754 yards and 38 touchdowns. He committed to UCF and began playing for their team, the Knights. At the start of the first game, he was a backup quarterback, but by the start of the next game, and for every game afterwards that season, he was a starter and helped to take the Knights to victory at that season’s Gasparilla Bowl, compiling a 10-3 win record in the process.

During his sophomore season, Gabriel started again and took the Knights to the Boca Raton Bowl, but in his junior year, he broke his collarbone in the closing stages of the third game of the season. Shortly afterwards, he announced his transfer to Oklahoma and is now settled in there, preparing for his first season as a Sooner. 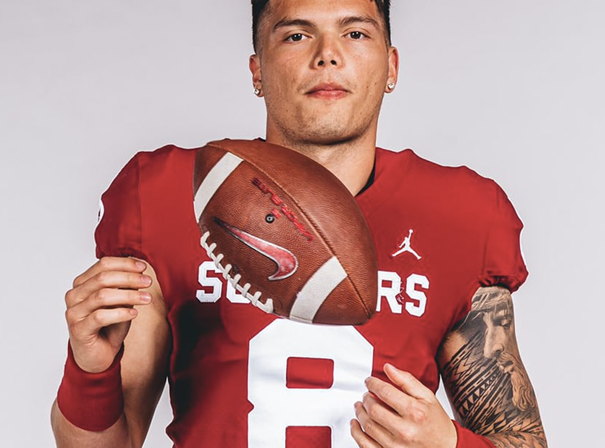