Born in Ukraine, Ovtcharov moved to Germany when he was a baby. His father was a Soviet table tennis champion, and trained him from a young age at the local table tennis club. Ovtcharov started competing as a junior, taking the silver medal in the Youth European Championship in 2002 and the gold in 2005. A year later he reached the semi finals of the Youth World Championship in Cairo, before being selected for the German team Borussia Dusseldorf. He won both the German Cup and the German Championship with the team, and qualified to compete at the 2008 Beijing Olympic Games. Ovtcharov won the silver medal in the men’s team event, and a string of successes followed, including four European Championship golds, winning the Korea Open and the Brazil Open in 2011, and taking home two medals at the 2012 London Olympic Games. This world class player wasn’t satisfied with that though, and returned to the Olympics in 2016 where he took a bronze in the team event and reached the quarter finals of the singles event.

Ovtcharov’s winning streak looks set to continue, with recent wins at the China Open, Bulgaria Open and a brief stint as the World No. 1. His innovative serving technique and years of experience mean he’s consistently ranked as one of the world’s best table tennis players. 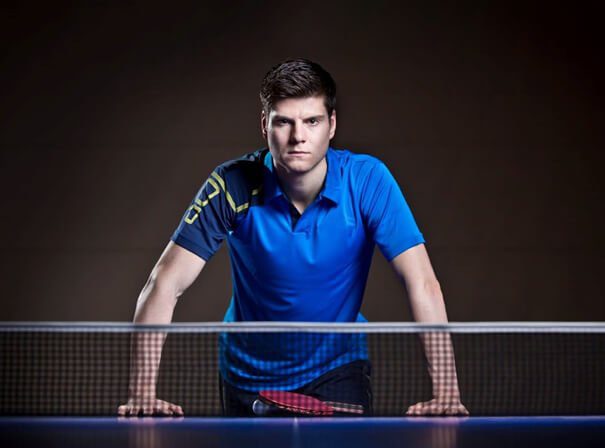