Mike Gesicki is an Football tight end who currently plays for the Miami Dolphins in the NFL. After playing college football for Penn State, he was practically a shoo-in for the NFL, achieving the record for the most receptions by a tight end in his college’s history. The Dolphins were keen to have him and he’s been playing for them ever since.

Gesicki began playing football in high school, as well as dabbling in basketball and volleyball. He was well versed in all of the sports, breaking school records and high scores in all of the sports. However, it was Football that really stuck with him, and he opted to pursue a career in the sport.

Gesicki was making a name for himself from very early in his college football career. Over the three years he played at Penn State, he achieved a lot, including being added to the John Mackey Award watchlist for outstanding tight ends. With his incredible track record, he was setting himself up for NFL success.

Gesicki’s career with the Dolphins has only spanned over a few years so far, but he’s achieved a lot in that time. Since starting at the club, he’s had a hundred and twenty receptions and played in close to fifty games. With each year he plays, he only improves on his form, so his team can expect great things from Gesicki in coming years. His career has made him a popular figure on social media too, with over a hundred thousand followers on Instagram. He keeps his fans updated on his upcoming games via the photos he shares. 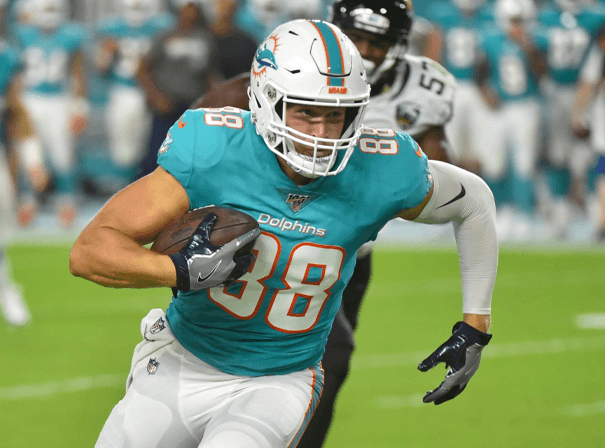