Georgian figure skater Morisi Kvitelashvili is a European Championships and Winter Universiade medallist, and a Challenger Series gold medal-winner. He formerly competed for Russia before representing Georgia internationally, and is also attached to skating club Sambo 70. He has ascended to the Top 15 of the men’s singles world standings.

Kvitelashvili took up skating at the age of five, and later enjoyed multiple successes on the junior circuit. He placed third at the Russian Junior Championships, and scored further bronze medals at the NRW Trophy and at the Czech Republic’s Junior Grand Prix. Moving into senior competition, he would score top five finishes for Russia at the Winter Universiade, the Golden Spin and the Lombardia Trophy, and would take his first Challenger Series medal when he won bronze at the Mordovian Ornament.

From the 2016-17 season, Kvitelashvili began representing Georgia, and quickly found success with a gold medal at Hungary’s Santa Claus Cup and a bronze at the International Challenge Cup in The Hague. The following year, he was named Georgian national champion, made his Olympic debut at the Winter Games in South Korea, and took medals at the Ice Star, the Shanghai Trophy and the Golden Spin. In the seasons since, Kvitelashvili has continued to impress at international competition, and has taken golds at events including the Denis Ten Memorial and the Bosphorus Cup. He enjoyed his first senior Grand Prix success with a silver medal at the Rostelecom Cup, and in 2019 added a Universiade medal to his tally when he landed bronze in Krasnoyarsk. Kvitelashvili reached yet new heights in 2020, when he scored his first European Championships bronze medal at the annual tournament. 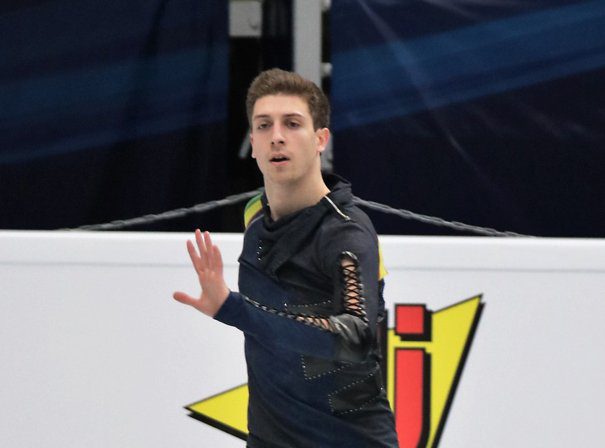