English actress Nell Hudson is a star on the rise. Best known for her performances as Laoghaire in Starz’s Outlander and Nancy in ITV’s Emmy-nominated Victoria, Hudson has enjoyed a successful first decade in the industry.

Born in Worcestershire, Hudson is a fourth cousin twice-removed of Queen Elizabeth II. In her youth, Hudson made the decision to embark on a career in acting, later attending the Oxford School of Drama. During her time studying, Hudson performed in plays including The Crucible and Closer and graduated with a degree in Acting. Due to her upbringing, Hudson has been featured in the Tatler List several times.

In 2012, Hudson made her debut in BBC’s beloved medical drama, Holby City. Additional credits include Paulette in Call the Midwife, Aurelia in Crossing Lines, Kylie in Agatha Raisin, Angel in Arrivals and Tabitha in Death in Paradise. Hudson made her breakthrough when she was cast as Laoghaire MacKenzie in Outlander, an adaption of the best-selling book series by Diana Gabaldon. A recurring role, Hudson appeared in nine episodes between 2014 and 2018. Soon after, Hudson was cast in her biggest role to date, playing Nancy Skerrett, the queen’s dresser, in over twenty episodes of ITV’s popular costume drama Victoria. In 2018, Hudson starred as Charlotte Humphrey’s in BBC’s drama Informer.

In 2020, it was announced that Hudson’s debut novel would be published by Tinder Press in 2022. Entitled Just For Today, the book tells a story of friendship and loss. A multi-talented individual who also has a penchant for singing, Hudson has a bright future ahead of her. 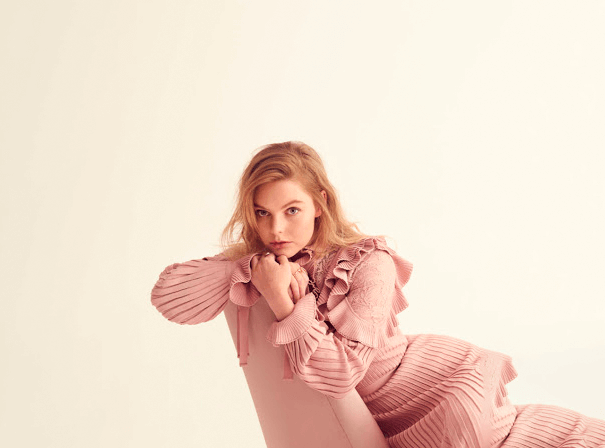