Golfer Paris Hilinski is paving the way for female athletes entering the sport of golf. Just 14 years old when she qualified for the U.S. Open, she has become known for her athletic swing and has enjoyed a rapid rise to the top of the sport.

Born in La Quinta, California, Hilinski was into many different sports as a kid, including soccer and surfing, but decided to play golf when she was 12 so she could enjoy the sport with her father John, who is also an avid player. Full of determination, she practised hard and began to compete in amateur tournaments, earning her first win at the 2018 LoneStar Girls Invitational. In 2019 her career took off when she qualified for the U.S. Women’s Amateur Four-Ball Championship, and although she and her partner failed to advance to the match play portion, she went out and finished as first alternate after taking part in sectional qualifying for the U.S. Women’s Open in Pittsburgh.

The talented young golfer’s eventual goal is to play professionally on the LPGA tour. Her biggest influence and favourite player is Danielle Kang (the 2017 KPMG Women’s PGA champ), and the pair have now become close friends with Kang helping Hilinski with her game. With her natural talent, incredible work ethic and determination to succeed, Hilinski’s career continues to go from strength to strength. 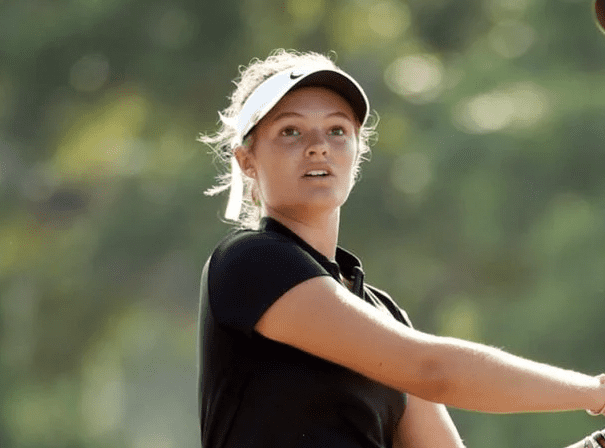