The wonderful Evan Cowley is a professional ice hockey goaltender, who has played for the University of Denver, the US National Team, the Florida Panthers, the Springfield Thunderbirds, the Manchester Monarchs, and the Odense Bulldogs. Away from the rink, he earned a Bachelors degree in Economics, while minoring in Marketing in 2017.

Cowley was born in British Columbia, Canada, and at the age of five, he and his family moved to Colorado in the United States, where they eventually obtained dual-citizenship. Cowley became passionate about Ice Hockey from a young age and started playing at High School, tending goal. He was named to NAHL All-Rookie First Team in 2012-13, and was also honoured as a participant in the inaugural All-American Prospects Game, which featured the Top 40 American NHL prospects as selected by USA Hockey. He was then selected by the Florida Panthers in the 2013 NHL Entry Draft. In the same year he began studying at the University of Denver, where he also became goaltender for the Pioneers’s NCAA D-1 Ice Hockey Program. He finished his career at Denver with a NCAA National Championship in 2017, also achieving four-time NCHC Academic All-Conference honours (2013-14, 2014-15, 2015-16, 2016-17) for having a cumulative GPA above 3.0. Soon after, he signed with the Florida Panthers and completed his first professional season with their AHL affiliate, the Springfield Thunderbirds. In 2018 he travelled to Europe, firstly to play for Poland’s MK Automatyka Gdansk, and then to Denmark to keep goal for the Odense Bulldogs. He came back to the States and the Springfield Thunderbirds, leaving them finally in June 2021 when he returned to Europe once more, signing with S.A. Les Duc d’Angers in France.

Cowley regularly connects with his legions of followers and fans through Twitter, Facebook, and Instagram, posting pictures and videos of his life around the hockey rink. He is also available for that personalised shout-out via the Cameo platform. 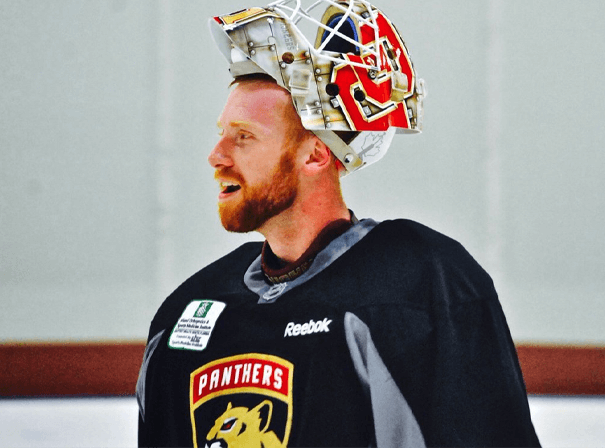