Neil Warnock is a well known figure within the world of professional sport and is a popular sports personality, guest speaker and informative guest as a result. Never far from controversy or a candid quote, Warnock played for a number of teams such as Chesterfield, Barnsley and Aldershot, scoring 36 goals in 327 games. It is as a manager that he is best known, though, and his first job was with Gainsborough Trinity. In the years after he took charge of Burton, Scarborough, Notts County, Bury, Oldham, Sheffield United, Crystal Palace, Leeds, Huddersfield Town and many others. With those teams he has won a number of league titles and has been in the semi finals of the FA and League Cup a number of times. He now lives in London, is married and has four children.
Warnock has also has published two books, Neil Warnock’s Wembley Way: The Manager’s Inside Story with Rick Cowdery in 1996, and Made in Sheffield: Neil Warnock – My Story, his autobiography, published in 2007. He his highly superstitious and had a number of different jobs before getting into Soccer. He always has a tale to tell and shares his stories with a great sense of personality, so should you be planning an event or function or conference, Neil Warnock makes a popular choice. 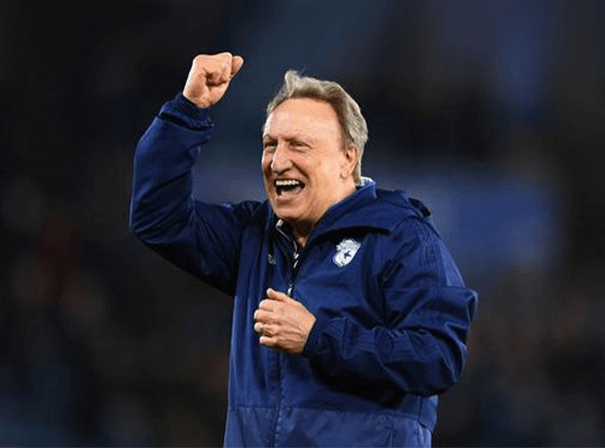