Creator of the iconic character Pee-wee Herman, Paul Reubens is an actor, comedian and producer who started out in improvisation.

When he was a young man, Reubens joined acting group The Groundlings and started performing improvisational comedy and shows with the group. He developed the character of Pee-wee Herman during his time with The Groundlings, and could never have imagined how popular he would become. Reubens put on a five month run of stage show The Pee-wee Herman Show, selling out for the entire run and garnering national attention with an airing on HBO. The show continued and he started making all public appearances as the character, with Tim Burton picking Reubens up for a feature film called Pee-wee’s Big Adventure in 1985. The character was later used in a children’s version of the show, called Pee-wee’s Playhouse, in which Reubens starred for 5 years. Another film quickly followed, and by now Reubens was one of the most famous comedians and entertainers in America. Having played the character for over a decade, Reubens decided to step away from the spotlight for a few years, returning in TV shows such as 30 Rock and Cartoon Network animations.

Reubens has recently written and starred in Pee-wee sequels and follow ups, including a film and stage show. He revived the character with appearances on Saturday Night Live, The Jay Leno Showm and The Tonight Show and in 2016 Netflix released a new film version. A truly legendary figure in the world of comedy, Reubens continues to bring joy to audiences young and old with the much loved character. 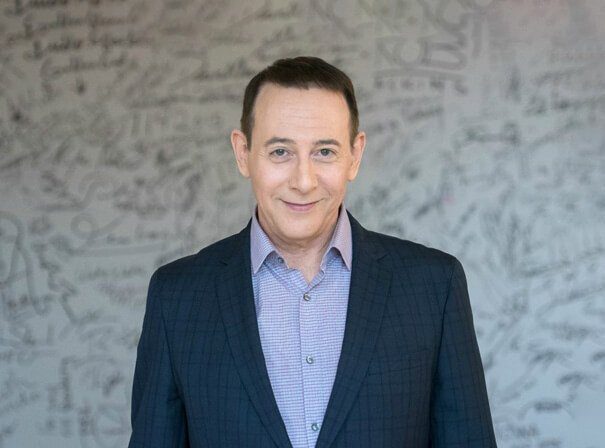