Any fan of NASCAR will ultimately recognise the name Austin Dillon. Following in the legendary footsteps of his Grandfather Richard Childress, Dillon is now behind the wheel of the very same No. 3 Racing Chevrolet – a lot of pressure for some, a dream come true for Dillon. He has unequivocally filled the boots of his Grandfather as a three-time NASCAR Cup winner. As well as his adrenaline-fueled full speed career, Dillon has also acted in a selection of recent movies – branching out from behind the wheel to behind the scenes.
Dillon began his fruitful racing career in 2005 with INEX Bandaleros and Legend Cars before starting on NASCAR’S muddy cousin, Dirt Late Model in 2006 – which Dillon found an immediate passion for. Winning the prestigious All-Star Showdown twice in 2009 and 2007, Dillon developed a taste for winning and found himself gravitating towards the world-famous NASCAR circuits. After switching to stock car, he then found himself racing full-time in the NASCAR truck series – to which he truly honed his craft, standing as the youngest truck series champion of all time – a heart-warming example of his talented bloodline.
To date, Dillon is a formidable seven-time truck series winner with a total of nine career wins. Also starring in films, the most recent being Stuber in 2019 – the forthcoming years will be sure to bring more exposure for Dillon, and we can definitely expect his name in the news more than it has already been. This tenacious individual won’t be stopping any time soon. 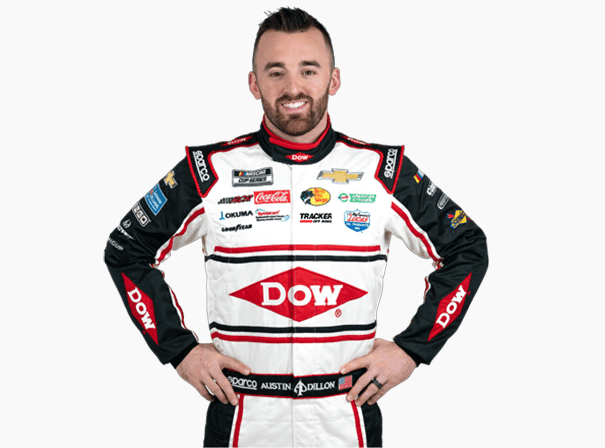