Christian Horner, OBE, is a well-known and respected figure in the motorsports industry. Horner is widely recognised as the Team Principal of the Red Bull Racing Formula One team, since he first took the position in 2005. Horner initially began his career as a racing car driver, which saw him achieve success in several races, before he decided to pursue the role of Team Principal of FIA F3000.

In the early stages of Horner’s racing career, he competed in the British Formula Renault Championship with Manor Motorsport in 1992, finishing the season on a high as a race winner as well as the highest placed rookie. In the following year, Horner moved through to British Formula three, winning a total of five races and finishing second in the Class B Championship. It was in 1997 that Horner eventually moved up to Formula 3000 and subsequently formed the Arden team, with a loan from his father and the help of a Roly Vincini, who agreed to take on the role of race engineer. Horner purchased a second-hand trailer from Helmut Marko, who was then head of the Red Bull Junior Team and at that time, one of Horner’s main rivals. Joined by Kurt Mollekens, Arden enjoyed success in F3000, before Horner made the decision to retire from racing at the age of 25.

Horner dedicated his focus on developing the Arden team and has achieved success with the team in racing since. Horner became the youngest team principal at the time, when he was appointed to lead the Red Bull Racing team. The team enjoyed a first podium finish at the Monaco Grand Prix in the following year. Horner became the youngest team principal to win a Formula 1 Constructors’ Championship, at just 36. Red Bull Racing has won four consecutive Constructors’ Championships under the leadership of Horner. 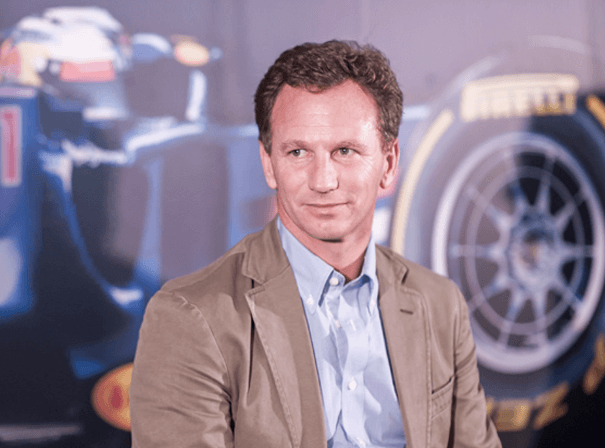