Ricardo Lucarelli is a Brazilian volleyball player who’s been on the national team since 2011. He won gold in the 2016 Rio Olympic games and was on the court during the quarterfinals, semifinals and final games. With sixteen individual honors, he’s a high-profile player, which is why he has a loyal following of 479K people on Instagram.

Despite being in the industry for over a decade, Lucarelli has only been on four clubs. In the 2018/2019 season, his past club, Funvic Taubaté, was decorated in gold at the Brazilian Superliga. In other club tournaments, he brought home one bronze in 2020 and two silver in 2013 and 2016 at the South American Club Championships; during the 2013 game, he was recognized as “Best Server,” and in 2016, his recognition extended to “Best Outside Spiker,” which is an honor he’d receive nine more times by the Brazilian Superliga, South American Championship, FIVB World League, FIVB World Championship, FIVB World Grand Championships Cup, and even the Olympic Games.

His skillset in volleyball is so well rounded, he’s also been named the “Most Valuable Player” three times by the FIVB U23 World Championship, FIVB World Grand Champions Cup, and the Brazilian Superliga, and has even received a nod for being “Best Receiver” back in 2009 at the FIVB Youth World Championship. 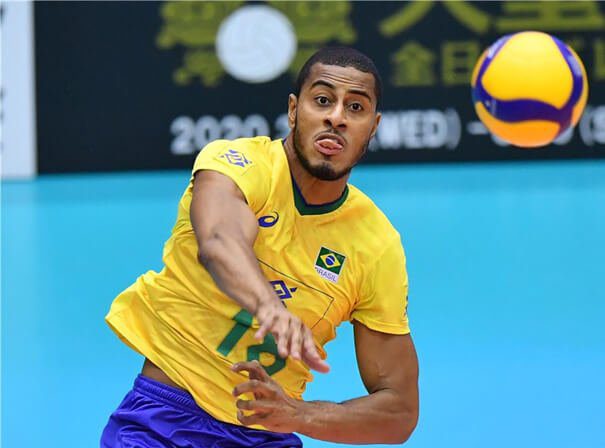