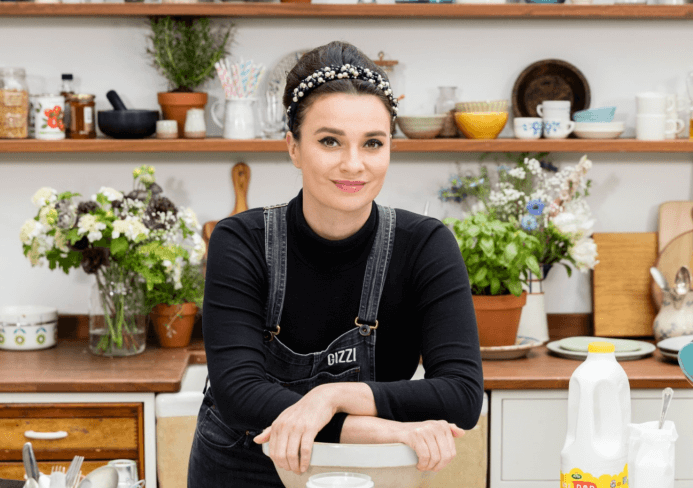 In the feature, hosted on Regent Street’s YouTube channel, Gizzi appears alongside Melissa Hemsley and Jackson Boxer. Together, the group take part in the “Regent Street Food Safari”, digging in to delights such as fresh scallops, tuna tartare, and prawn tempura, served up in a string of sophisticated restaurants located along the famous London street.

After earning her stripes at Leiths School of Food and Wine in London, Gizzi went on to present two series of Channel 4’s cookery show Cook Yourself Thin, and their daytime programme Cookery School. She has also appeared in culinary programming on ITV and Sky One. A successful food writer, she was invited by The Sunday Times to contribute a regular feature to their weekly magazine in 2013, and has published several best-selling cookery books including Gizzi’s Kitchen Magic, Skinny Weeks and Weekend Feasts and Gizzi’s Healthy Appetite. Gizzi is also a noted style icon, known for her retro, 60’s-inspired look.

Check out the campaign below:

To book Gizzi Erskine or any of our other culinary artists check out the talent booking roster: