Greye Tate is a pro dirtbike racer from Atlanta, Georgia in the USA. The up-and-coming star has already won a bunch of titles, including a Georgia State Championship, a #1 title at the Summer Classic in Alabama and a #1 title at the Kawasaki Race of Champions in New York. Tate has also racked up numerous hole shots in Gainesville at the Mini Olympics, a top 10 at Daytona International Speedway and three hole shots at the world’s most prestigious MX race, Lorretta Lynn’s in Tennessee. He was also a top 5 qualifier for the National Arenacross Championship in three separate years.

Tate’s interest in the sport was first sparked at the age of 4 when he watched some friends throwing whips with his father. His parents encouraged him to ride a bike without training wheels first, and Tate began to ride with older kids at the park in record time. After borrowing a PW50, Tate quickly progressed to a bike with better suspension – the KTMJR50, and never looked back.

Riding was just a hobby for Tate initially and he also excelled at basketball, but by 9th grade he decided to focus entirely on motocross, and was homeschooled so he had more time to train and travel to races. His first National Race came at Ponca City, Oklahoma, and Tate immediately made an impact. With his career going from strength to strength, Tate is undoubtedly a talent to watch for the future. 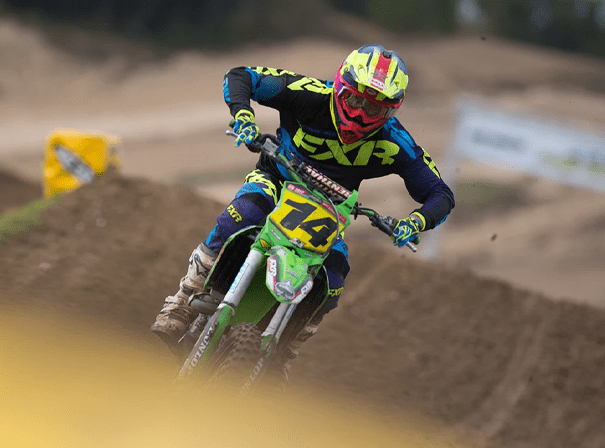