Adnan Virk is a popular Canadian sportscaster and various sports expert, currently working for MLB network and reporting on boxing and baseball. He previously worked for ESPN and TSN too, but left in favour of MLB in 2019.
One of Virk’s crowning achievements is certainly his Emmy win for Oscars: All Access, but he has plenty of successes under his belt. Virk has been on air since 2003 and has worked for most of the biggest sporting networks over the span of his career. He studied Radio and Television arts at university while also playing a variety of sports, gaining his passion for the subject that would guide his career as a newscaster. He stayed involved with college sports after he graduated, becoming the main host of ESPN College Football and College Football Final. He also worked with ESPN to talk about baseball on air and later, he partnered with them for his podcast about cinema and entertainment news.
Virk’s move to MLB has brought him new opportunities to shine, including his chance to co-host a new podcast, GM Shuffle, and he also keeps himself busy on social media. He has a popular Twitter account with over a hundred thousand followers, plus an Instagram where he delivers sporting news in between personal family pictures. Virk is also on Cameo, where he offers personalized messages for his fans. 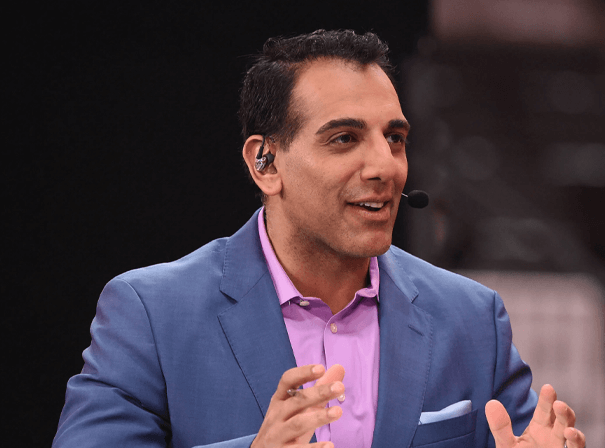